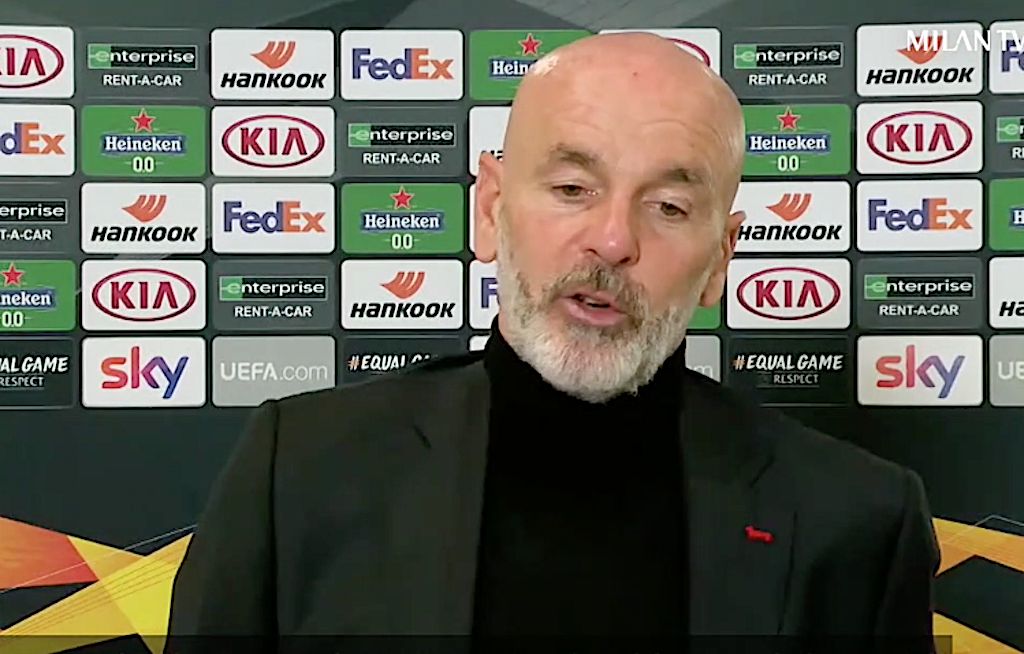 AC Milan boss Stefano Pioli is not worried about any underlying problems after Thursday night’s 3-0 defeat to Lille.

At the end of the game Pioli was interviewed by Milan TV, and began by reflecting on what is Milan’s first loss in over 240 days.

“It was not the best Milan of the season. The episodes decided the race in a negative way for us. Our opponents were very fast, at 2-0 the game became difficult,” he said.

“We had a chance with Kessie to draw level, but the 2-0 brought the game to their side. I thought we would be a little more dangerous, from a technical point of view we were not very precise.

“I saw disappointment, we wanted to continue our positive streak even if we didn’t think about these things but only to improve. We must be balanced in analysing the game.

“Everything must help us grow, positive and negative things. We are masters of our performance and we know there are things to improve on. Now we have to turn the page and think about the next match, then there will be a break to recover some energy.”