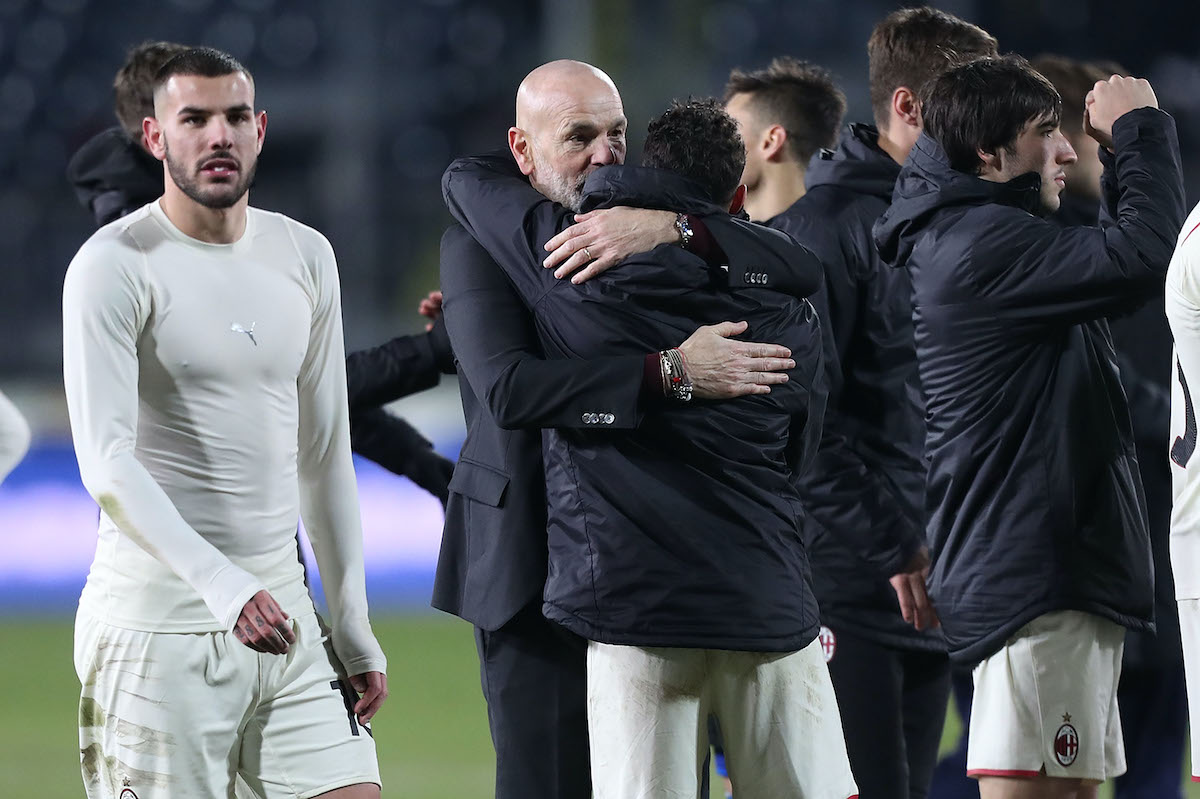 Pioli talks AFCON absences and response to struggles: “When you take a few slaps you learn more”

AC Milan boss Stefano Pioli was pleased with what he saw from his side as they scored four goals during tonight’s win against Empoli to close out the year.

Napoli’s dropped points at home against Spezia meant that the Diavolo quickly took second spot back from them heading into the Christmas break, remaining four points behind rivals Inter thanks to a professional performance against an Empoli side that have exceeded expectations so far this season.

Franck Kessie scored a first half brace to get things off to the right start even though the home side did equalise, and after the break Milan established a 4-1 lead with goals from Florenzi and Saelemaekers.

Pioli spoke to DAZN after the game and reflected on the result and the performance, with his comments relayed by MilanNews.

“Scoring four goals is a lot of stuff against an opponent like this. We knew they would create difficulties, but we did well enough in the non-possession phase, more in the second half with Giroud’s work. We hit at the right moment, finding the winning play in difficult moments: we were on the right track, we were humble. It’s an important victory, tonight’s one weighed more for many reasons, so I’m satisfied,” he said.

On Giroud: “He had a few more days, a little more time. I didn’t have many alternatives. He will have to find the best conditions for fluency and play with his team-mates. He is a strong player who will give him many solutions.”

There was some surprise at Pioli’s decision to field Franck Kessie in the attacking midfielder role with Rade Krunic and Brahim Diaz dropped to the bench, but his decision quickly paid dividends as a brace from the Ivorian helped Milan go in 2-1 up at the break.

“It was both a tactical choice, because we wanted to put pressure on their low top, and a physical one, because lately there was a lack of presence inside the area and Franck knows how to go there. He knows how to fit in, he is was good at being ready.

“When the players are smart they can play anywhere and do it well. Africa Cup? It will take away 3 important players and it’s a shame, but I have other important players with other characteristics; the important thing is to have organization and clear ideas.”

On the growth of Milan: “We have certainly grown, through the Champions League and also the difficulties. When you always win there is the risk of settling down, while when you take a few slaps you learn more. We still have to grow a lot, being more continuous throughout the whole The match.

“Where we can go is difficult to say. We want to be competitive to try to win. Inter are the favorites, they are very strong, but the championship is still very long; Napoli are strong, Juve are very strong, we are here. The league is very balanced and there are difficulties for everyone: we need to keep the level high. We want to do better than last year in terms of points, we want to do more.”