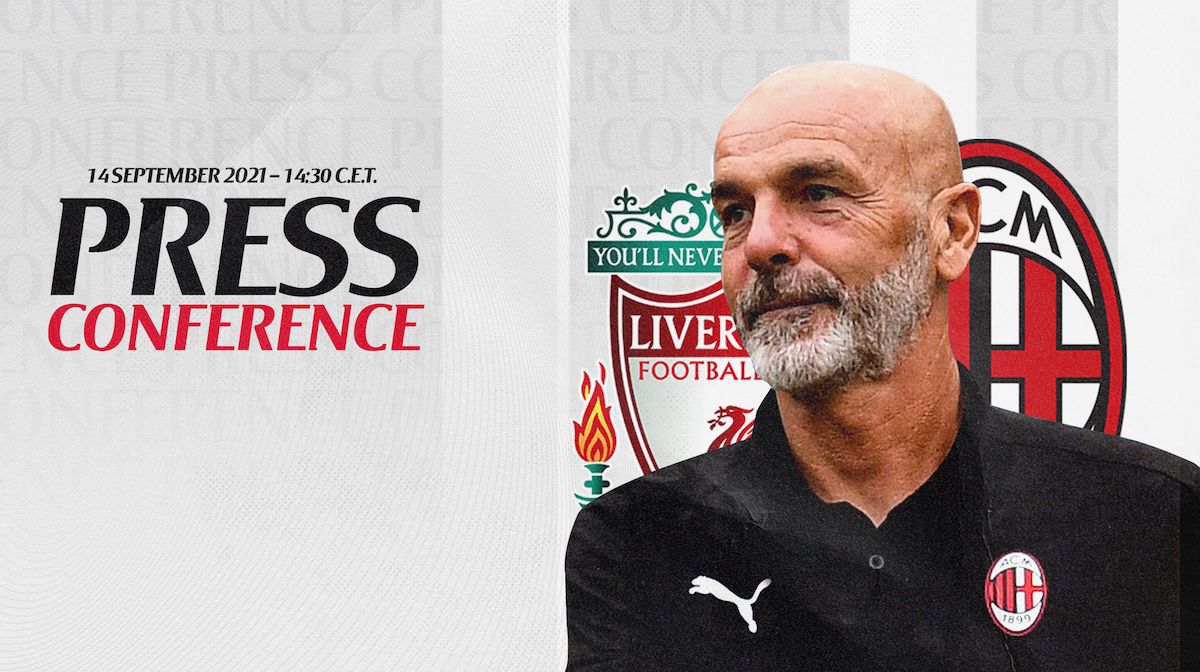 Pioli analyses Milan’s growth in the last 12 months and sends a message: “I know Liverpool well”

AC Milan head coach Stefano Pioli believes his team will be ready to face Liverpool and they will demonstrate their impressive growth.

Milan will make their Champions League return after a seven-year absence at Anfield tomorrow night as they take on Jurgen Klopp’s Liverpool, a team they have not faced in 14 years with the last meeting being the 2007 final of the same competition.

Pioli spoke to the journalists who gathered at the Milanello conference room where he answered questions on the eve of tomorrow’s Champions League match at Liverpool. His comments were transcribed by MilanNews, and have been translated below.

How have Milan grown compared to a year ago?

“There has been growth compared to last year. We have worked hard to improve, our start of the season shows that the team knows what they have to do. The level is now raised, it is a great opportunity to demonstrate with we can also play us in this competition.”

According to MilanNews among other sources, Ibrahimovic will not be available to head coach Pioli for tomorrow’s match against Liverpool as the Swedish forward will be out due to suffering pain in his Achilles tendon.

How much will the absence of Ibra weigh?

“Zlatan would have been a starter, but a tendon inflammation can happen. We hoped he could get past the discomfort, but he didn’t, it’s useless to take risks. We have valid alternatives to Ibra, these setbacks are part of football. I’ll have to choose between Rebic and Giroud, but we’re covered. Sorry for Zlatan, but he’ll be back soon.”

How do you feel about making your debut in the Champions League?

Is playing Liverpool right away an advantage?

“There will be no easy games in this group, the opponents are all competitive. We want to write our history in the Champions League, tomorrow is a great opportunity for us. Great respect for Liverpool, but also great conviction that we can do well.”

“He was a bit down on Monday, but he’s better now. Obviously he doesn’t have the 90 minutes in his legs, but he’s fine and he’s available. Rebic comes from a great game, whoever plays will be ready.”

Against Lazio, Milan pressed very hard. Could Liverpool do the same?

“We will have to be intelligent on the pitch. Liverpool are always aggressive, they don’t wait, we will have to be good at jumping their pressure with the dribble or with a long pass. We will need high level technical plays.”

READ MORE: Kjaer insists he is playing ‘the best football’ of his career and assesses ‘very strong’ Liverpool