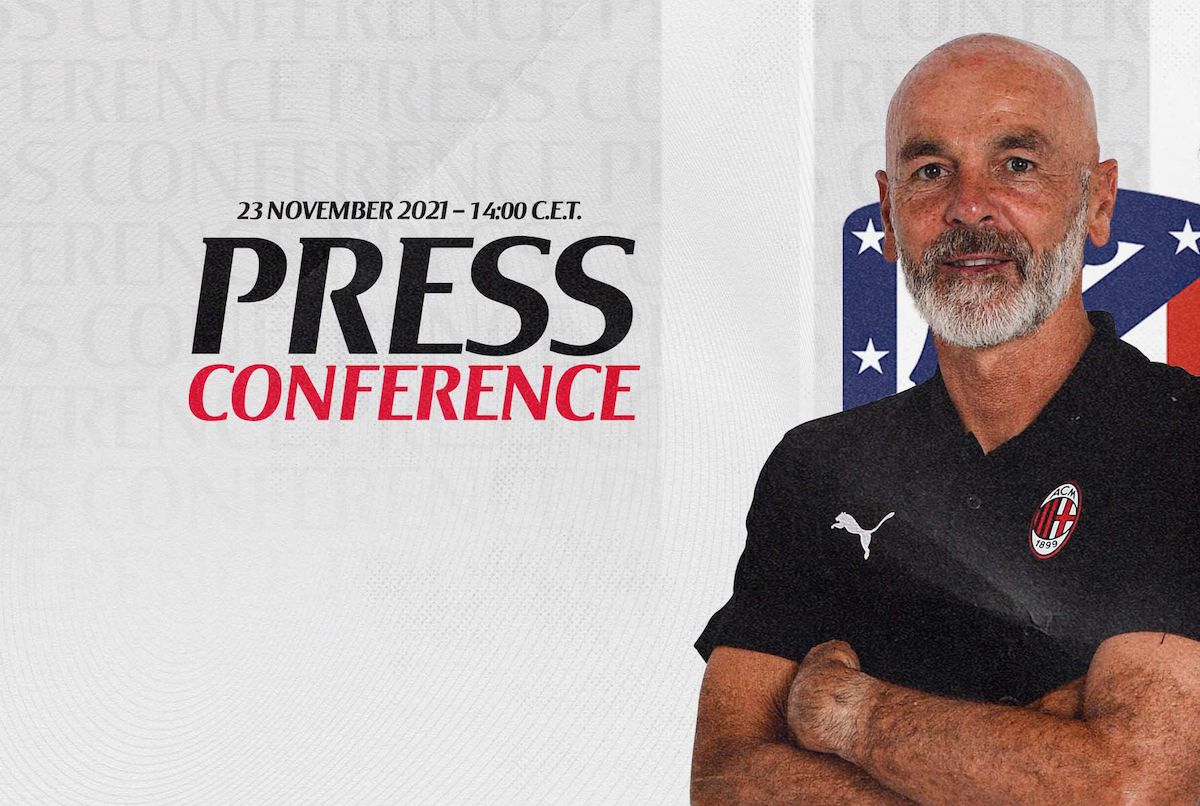 Pioli gives injury update and believes revenge on Atletico is possible: “We know their qualities well”

AC Milan head coach Stefano Pioli believes his side have done their research and know what to expect from Atletico Madrid tomorrow.

The Rossoneri have reached a real do-or-die situation in the Champions League as they know that they must win to keep alive their very slim chances of qualifying for the last 16 by finishing in the top two places of the group. Three defeats in their opening four group games has left Milan with a mountain to climb as they must win their last two games and hope for a favour from other games.

Pioli spoke to the media who gathered at Milanello for his pre-match press conference on the eve of the trip to the Spanish capital to face Diego Simeone’s side. His comments were transcribed by MilanNews, and we have translated in full below.

You talked to the team before training today. What did you tell your boys?

“We analysed how Atletico Madrid play before training. For this match it is quite easy to motivate the boys, it is the last chance to stay in the Champions League.”

“The team is built to be competitive in both competitions. For many it is the first time they have played in the Champions League. We have shown that we are not far from the others, but we still lack a little something. Tomorrow we will need to make a great performance.”

How is Romagnoli? Is he ready to play?

“Romagnoli is better and is ready to play. Compared to Florence, the only difference to the squad will be Daniel Maldini.”

How is Tomori? Can he make it back for Sunday?

“We’ll try. From the hip problem came a problem with the obturator, a muscle that manages the movement of the hip.”

Have you analysed the performance against Fiorentina?

“You must never judge a performance by a play or by a situation. In Florence we lost because in the two penalty areas we weren’t as precise as in other times. We had less attention and quality than usual. It’s not a question of approach. Unfortunately we didn’t score, but this is football. We need to know for tomorrow night that we need to perform with quality and attention in the two penalty areas, otherwise performance is hot air.”

Some players, like Leao, are playing a lot right now…

“My choices always depend on the condition of each individual player. Rebic’s injury takes away an important pawn from us. In these games I will have to try to manage Leao, Ibra and Giroud as best I can. We play every three days, every game weighs a lot, we want to always be competitive.”

In the first leg, Milan lost right at the end. What did you learn from that match?

“We know their qualities well and their ability to stay inside the game until the end. I think they are one of the teams in Europe that recovers the most. But it has also happened to them in recent weeks in Valencia, the matches are never finish until the final whistle of the referee.”

Atletico have got Griezmann back…

“Atletico have quality players in front of them and they are a very compact team. I don’t know who will play, but it will certainly be a competitive team. We were playing equal numbers in the first leg and so we want to do tomorrow.”