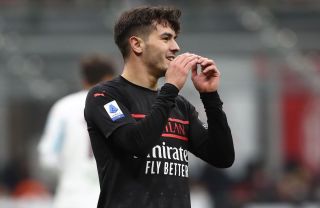 CM: Pioli to put faith in Brahim Diaz again – Milan’s No.10 must find himself again

Brahim Diaz has not been in the best of form over the past few weeks, and what better way to get back in the groove than with a good performance against Napoli.

In his pre-match press conference ahead of the game against Napoli, Pioli made an admission about Brahim’s condition: “It is possible that Covid has taken something away from him, at this moment it is not a physical problem. He must find the technical skills he has.”

Calciomercato.com describes the Spaniard’s recent struggles not as a crisis, but certainly a sharp decline. In the early part of the season he showed that he could take the number 10 shirt after Hakan Calhanoglu’s exit and be decisive, with four goals in his first 10 games and three of them match-winners.

However, Brahim has not scored since 25 September in Serie A and has only assists against Genoa and Salernitana to show during that stretch. Tonight at San Siro Napoli arrive to try and end their own tough patch, and without Leao and Rebic it will be up to Brahim Diaz to we the link between the midfield and attack, exploiting the space in between the lines.