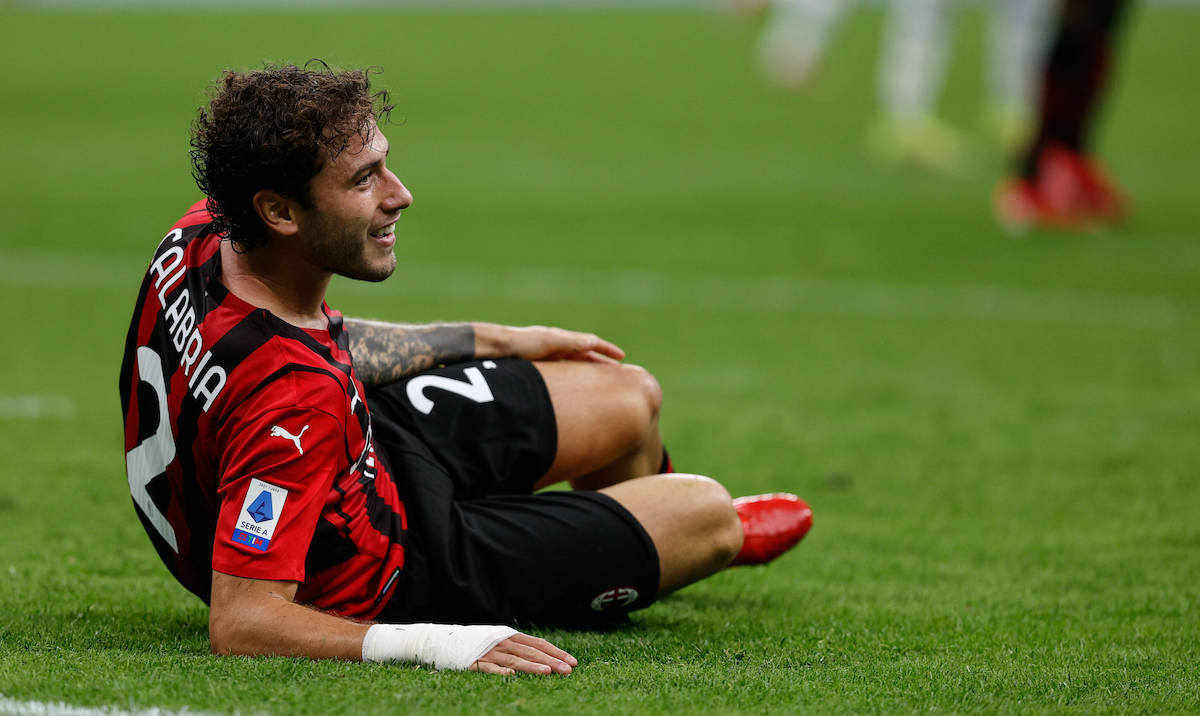 MN: Pioli to be without Calabria for at least two games – his idea to replace him

AC Milan head coach Stefano Pioli must deal with yet more injury problems as Davide Calabria has gone down with a calf strain, a report claims.

MilanNews reports that while Calabria’s recovery time has not yet been made clear, the situation will become more apparent after the next medical checks he has, though Calabria will certainly be out against Fiorentina and Atletico Madrid.

It is a blow for Pioli who knows that Milan will play nine matches before the Christmas break across the league and the Champions League, meaning he will need all hands on deck for what is a crucial phase of the season.

In terms of replacing Calabria, Pierre Kalulu is the most obvious choice at this stage as he already played as a right-back against Venezia and Spezia. However, Pioli could also choose to field the now fully recovered Alessandro Florenzi in that role, who is back after the knee operation he underwent and is working on getting back to 100%.