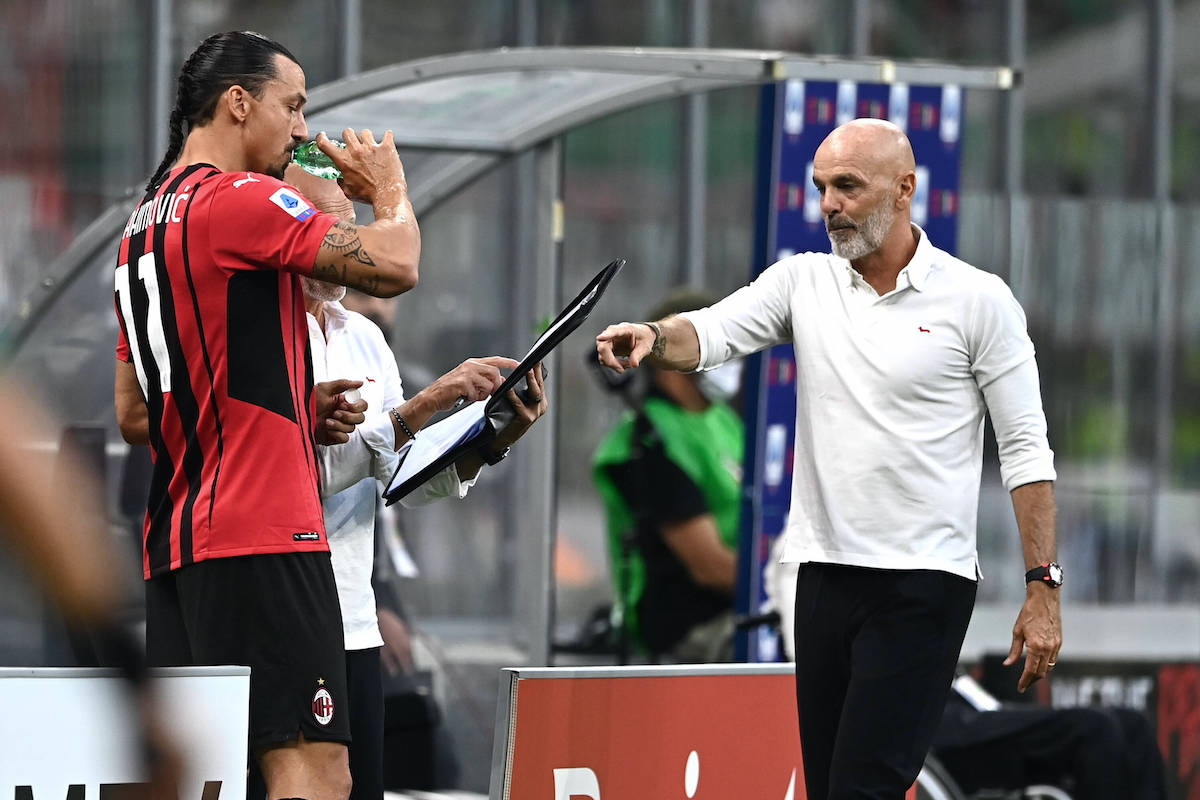 Pioli claims Milan are ‘covered’ in Ibrahimovic’s absence: “He’ll be back soon” – video

AC Milan boss Stefano Pioli has revealed that Zlatan Ibrahimovic would have started against Liverpool but will miss out due to injury, though he should not be out too long.

Pioli spoke to the journalists who gathered at the Milanello conference room where he answered questions on the eve of tomorrow’s Champions League match at Liverpool, and confirmed Ibra’s condition. His comments were transcribed by MilanNews, and have been translated below.

“Zlatan would have been a starter, but a tendon inflammation can happen. We hoped he could pass the discomfort, but it didn’t, it’s useless to take risks. We have valid alternatives to Ibra, these setbacks are part of football. I’ll have to choose between Rebic and Giroud, but we’re covered. Sorry for Zlatan, but he’ll be back soon,” he said.

Pioli on whether Milan should begin planning for a season where Ibrahimovic features less frequently after the Swede misses the Liverpool trip with an ankle issue pic.twitter.com/DxNd0HA0Af