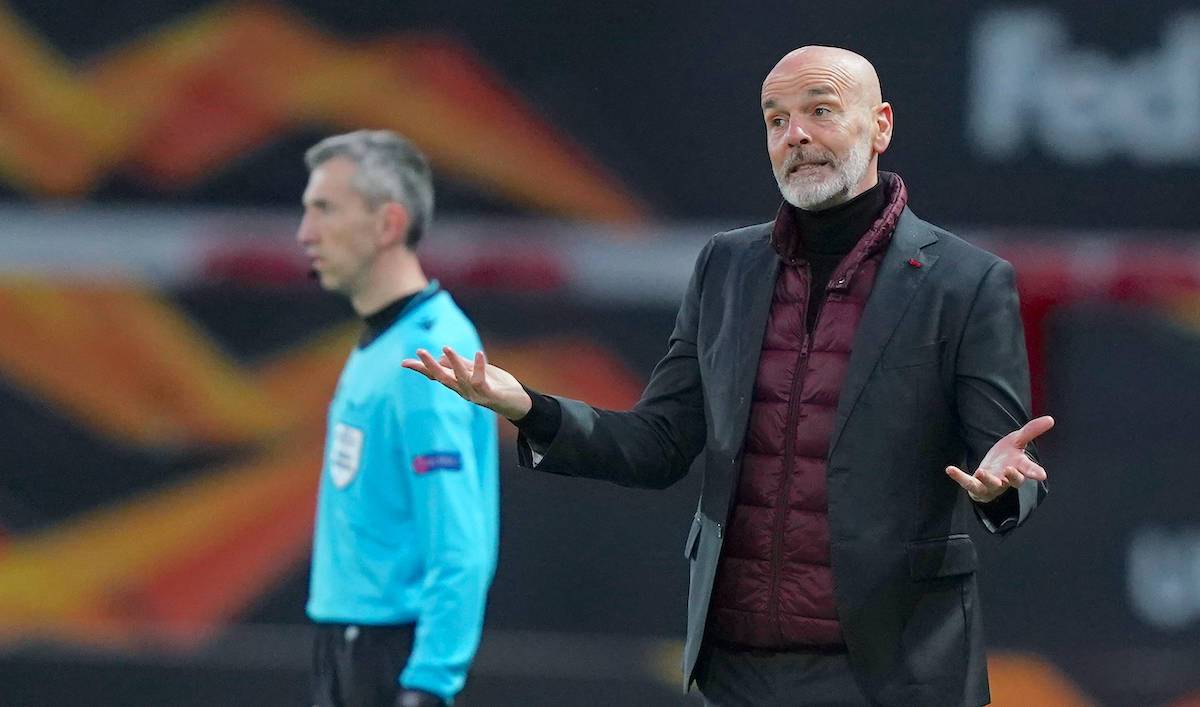 AC Milan boss Stefano Pioli praised his side for a ‘great performance’ as they battled for a 1-1 draw against Manchester United.

On the match: “My players played a great match, the team was able to lead the game and suffer. Performance is important and will give our players further confidence.”

On the draw: “I thought it was the right opponent, we are working to grow and try to win again. These are the games that make you grow, that make you question. It was a great performance but the tie is all to be played for, the opponent is strong and fast. To eliminate an opponent like that, another level match will be needed. Now we are throwing ourselves into the championship, there is little time to recover but the boys are determined.”

On Kessie’s disallowed goal: “I didn’t see anything from the bench, just a great goal. It was very important, we were playing well. It would have given us even more strength. Kessie ensures that he didn’t play the ball with his hand.”

On Kjaer’s goal: “There is a lot of satisfaction. I’m not coaching a normal group, it’s an exceptional group, from a technical, professional and human point of view. When I see that the guys gave their soul, it’s right to be satisfied with a very good result. We are happy but we could also have done something more. We have shown that we are up to such a strong opponent.”

On what to take away from Old Trafford: “The team spirit of playing the game, of trying to lead. We must have a high level of application, I can only be satisfied. We play every four days but these guys never give up, it is a defining moment for the season and the Europa League, then there will be a break, we will be able to catch our breath for those who do not go to the national team.”

On Leao: “He needs performances like this, to keep playing, to feel a little more in the opposing area. He has quality, he wants to stay inside the game, superior to last season”.