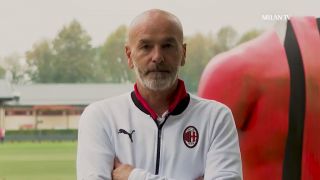 Pioli confident ahead of Celtic clash: “Expectations mean we are doing something important” – Video

On the eve of the clash with Celtic, Milan boss Stefano Pioli spoke to MilanTV about the game and the current situation. Coming off the derby win against Inter, the Rossoneri will be looking to extend their unbeaten run.

Opting to miss out on Europa League last season, Milan are now back and will face the likes of Celtic, Lille and Sparta Praha in the group stage. It all starts tomorrow, with the clash against the former side away from home.

The manager will have to do without Hakan Calhanoglu, their creative player in attack, in addition to the already missing Leo Duarte, Matteo Gabbia, Mateo Musacchio and Ante Rebic. However, he’s confident that he can field a competitive team tomorrow.

READ MORE: Pioli pondering at least four changes vs. Celtic – Theo and Calabria may be rested