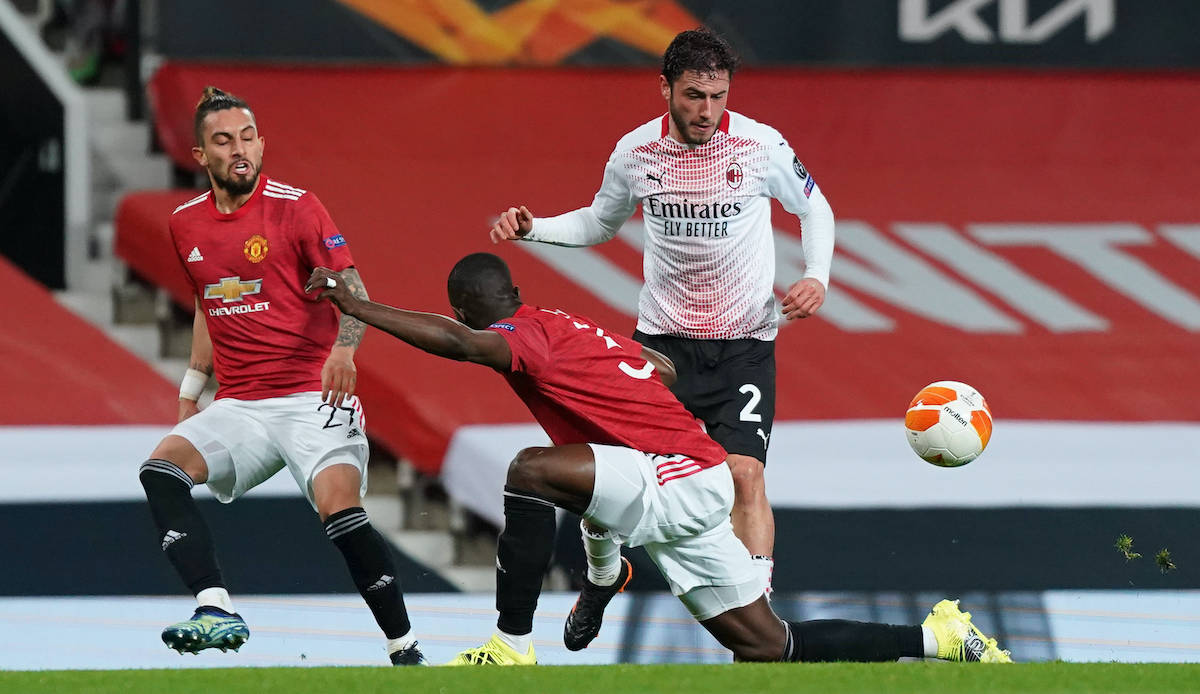 Stefano Pioli has confirmed that Davide Calabria left the field with a slight injury problem, but it is nothing to be too worried about.

After Amad Diallo’s header opened the scoring, the excellent Simon Kjaer scored with a header from a corner in the second minute of added time to give Milan a deserved draw but also a crucial away goal heading into next week’s return leg.

Dan James could have padded the advantage for United with just under 20 minutes left as a one-two allowed Fernandes to square across the face of goal, but the Welshman couldn’t connect cleanly with the ball and shanked it wide first time with the goal gaping. Calabria made way basically immediately after with Pierre Kalulu coming off the bench to replace him at right-back.

Pioli spoke to the media after the game during his post-match press conference, and as per MilanNews he was asked the following question by a reports: “On the change of Calabria, was he out due to an injury or a technical choice?”

Pioli responded: “Davide is doing some exceptional things. He was suffering from some pelvic pain, he’s out but I don’t think that’s a worrying thing. The medical staff is looking after him well and I hope to have him available for Sunday. He always wants to play.”