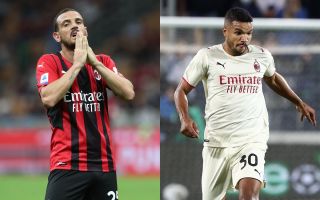 Pioli confirms duo should be back at his disposal for Milan’s clash vs. Inter

The injury situation is slowly but steadily improving at AC Milan. After the return of Theo Hernandez and Brahim Diaz, Stefano Pioli will soon be able to count on the services of at least two more players.

The players in question are both summer signings, namely Alessandro Florenzi and Junior Messias. They have missed seven games this season and as confirmed by Pioli during today’s presser, another two games will be added to the tally.

“Florenzi and Messias are not available. They should return to the group in the next few days, I don’t know if they will be ready for Wednesday but probably for the derby,” he stated.

Although they most likely won’t feature in the derby, at most a few minutes, it’s good to have them back for depth. The schedule is very tight and Milan will have to rotate in order to stay at the top of the Serie A standings.

In addition to Florenzi and Messias, Ante Rebic could also be back for the derby on Sunday evening, hence why we said at least two players at the start of this article.