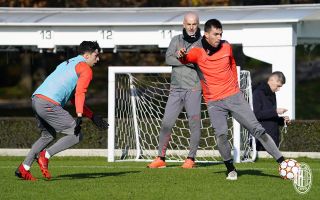 AC Milan must put their careless recent streak behind them and focus on getting back to what they do best, which is winning without errors.

La Gazzetta dello Sport (via MilanNews) recalls how Ciprian Tatarusanu dropped the ball for Fiorentina’s opener on Saturday night and Matteo Gabbia did not manage to clear the ball, then Dusan Vlahovic certainly got the better of the latter for the second goal before Theo Hernandez’s calamitous giveaway on the edge of the box resulted in the fourth goal and killed the contest.

The paper states that a team fighting for the Scudetto cannot afford such a large number of mistakes in the same match and the attention threshold of the entire team must be raised, from the starters to the depth options. The likes of Tomori and Romagnoli must come in and show the levels when they return, while Kjaer must show leadership.

Davide Calabria will also be called upon to lead when he is back from injury while Theo Hernandez and Gabbia must learn from their mistakes. Head coach Stefano Pioli is counting on the big names in the rearguard to step up given they have kept just four clean sheets all season.