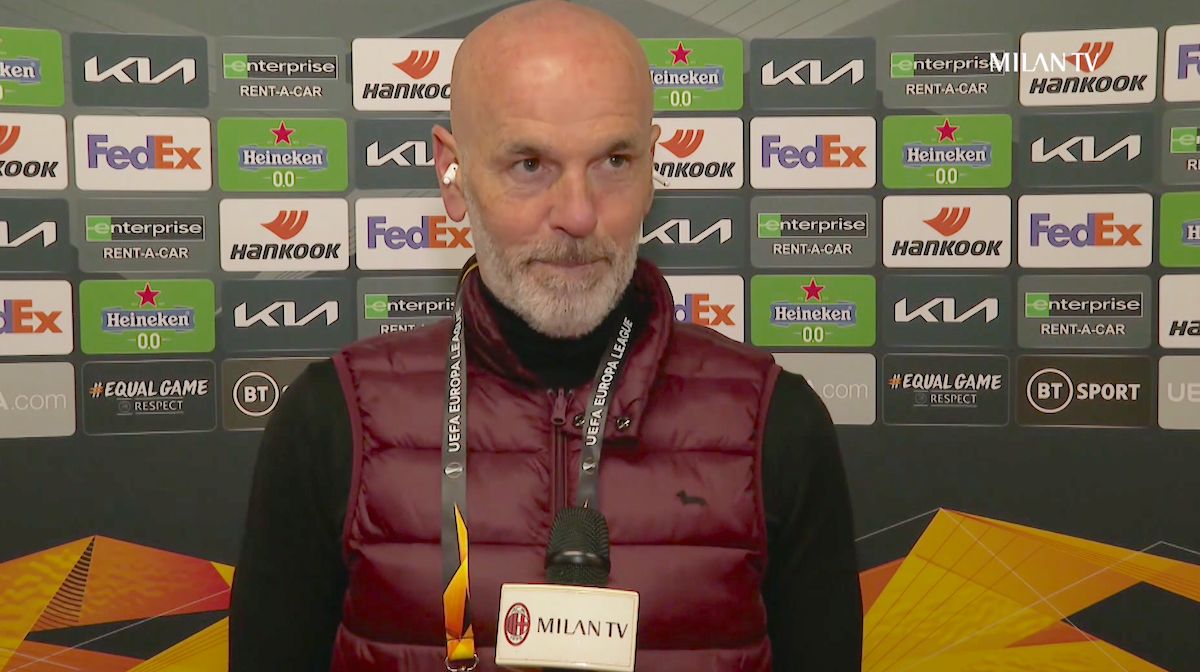 AC Milan head coach Stefano Pioli has praised the way that his team played ‘with personality’ against Manchester United to earn a hard fought draw.

Amad Diallo scored the opener for United with a back-peddling header, but Simon Kjaer provided some 92nd-minute heroics to head home a corner and secure a vital away goal.

“The team played with personality, that’s what we wanted to do. Knowing that the opponents are strong and fast, we took calculated risks, we were a team from start to finish. The result could have been even better but it gives us confidence for the return, we will have to field a high level performance,” he said.

“Too bad for the situation in which we conceded, but it was the only chance they had other than that of James. We have been compact and we have proposed well forward, we have been dangerous. Now we recover our energies, we focus on Napoli and then we will think about the return.”

Pioli was asked about the Milan philosophy of Schiaffino, Rivera, and of GreNoLi, as if the current team he is trying to construct is based around the same principles.

On that idea, he replied: “Thanks for the compliments, the references are rewarding. We are Milan, we feel inside in all respects. We want to give satisfaction to the club and the fans, this must be the mentality. The team approached the match well, we have our qualities to put the others in difficulty. Satisfied for tonight but the next round is still far away. This performance must give us even more conviction to continue to do well in Europe and in the league.”

On his ideas: “The coach has ideas and concepts, if you are convinced it is easier to convey them. I am lucky enough to coach a special group, they are neither normal nor technically nor morally. I have their availability and their conviction, when there are these things then such performances can arrive and when you do these performances then the results often and willingly arrive too.”