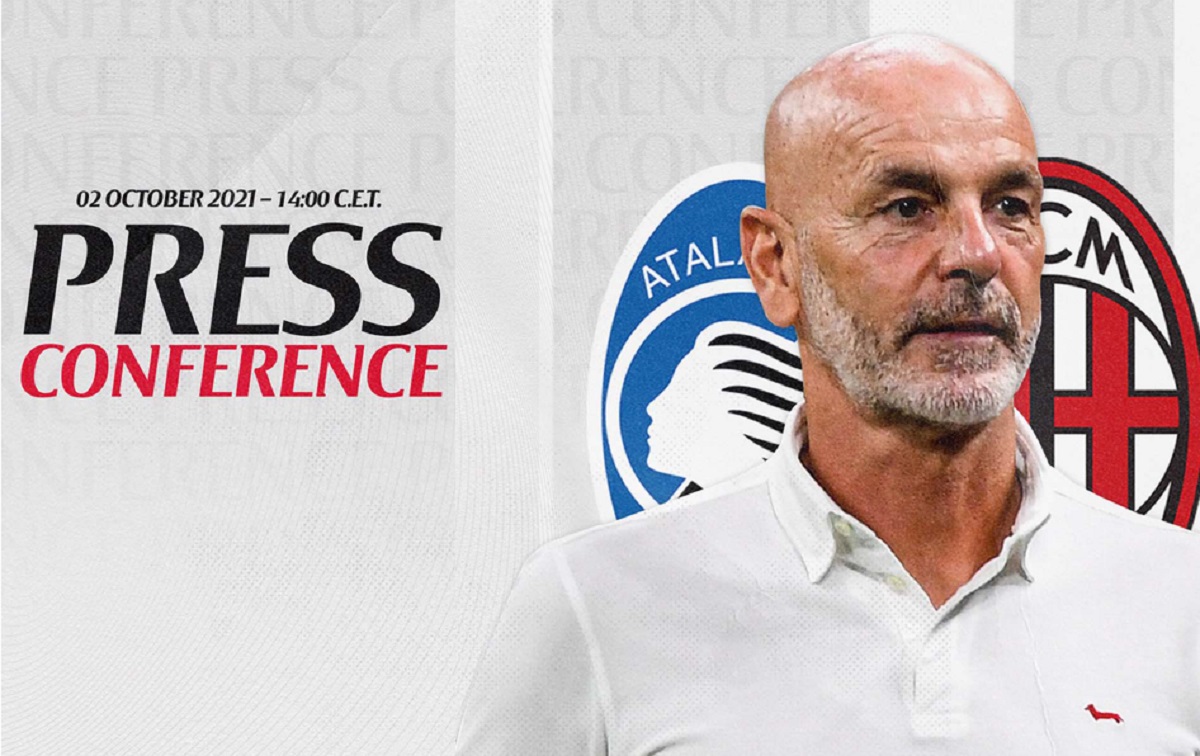 Pioli discusses Atalanta clash and provides diplomatic Kessie response: “It’s not up to me”

On the eve of the clash between AC Milan and Atalanta, which is very important, Stefano Pioli spoke to the media at the usual press conference. After the defeat against Atletico Madrid, the Rossoneri are eager to get revenge.

Milan were hard done by mid-week as the referee decided the game against Atletico Madrid with more than one controversial call. The performance was good before the red card and they will have to replicate that tomorrow.

Of course, the Rossoneri have very good memories from Bergamo as they secured Champions League qualification there last summer. During today’s presser, as cited by MilanNews, Pioli spoke about the game and many other things.

“I see a little bit of the beginning of our journey, it’s clear that in January after that famous Atalanta-Milan, our journey definitely began with the arrival of Ibra, Kjaer and also Saelemaekers. But it’s not finished, just as Zlatan’s path is not finished either. Tomorrow is a very important match against a team that has been in the Champions League for 4 years. We have prepared it with the right attention.”

“I don’t know how many years Zlatan can still play, for what I see, his enthusiasm and his desire to train, I could also say that he could play forever. With this head, Zlatan gets past any difficulty. He might not be 100% for many games but he has a passion for this sport that is incredible. I would like to give him longevity, Zlatan does what he likes. If I could give him a gift I would extend his career as much as possible.”

“Well, we had the right days to recover. We played often but it also applies to our opponents, these games played have taken away a lot but also gave us data. We will try to interpret the game in the best possible way.”

Will Ibrahimovic be called up?

“Zlatan will not be in the squad but he’s better, he will use the break to get better and I hope it will also apply to his teammates. Let’s focus only on tomorrow, we want to do it by playing a good match.”

On Kessie and what has been written…

“It doesn’t worry me because Franck’s attitudes are the best possible, the same he had in the last season: work, seriousness, professionalism. He’s the same player as last year, who isn’t 100% there. He’s still a little behind in his potential, with the Olympics and the injury he has lost something.

“Franck is very strong, he’s one of those players who can make an important contribution. It’s wrong to judge performance by contract. I evaluate for what he gives me on the pitch, there are many players in many teams that are about to expire without this focus. There is a negotiation, the time will come for decisions, whether negative or positive. I’m not worried.”

On the defeat in the Champions League and tomorrow’s match…

“Defeats must give you positive energy. We always analyze them. We have shown that we are a competitive team at the highest levels, showing growth also at the level of individuals. We will have to transform this defeat into positive energy, tomorrow is a direct clash. Last year on the last day, they were second in the standings, we will have great respect but also conviction of our qualities.”

“In recent years, Atalanta didn’t have the usual pace in their first games, but then they start to grind the game. I watched the match against Inter with great attention, it was spectacular. They are a strong team in many aspects: characteristics, tactically, technically, physically, I expect a determined, complete Atalanta. Tomorrow will be a Champions League game.”

“It’s not up to me and I can’t say when there will be a conclusion and the timing. It’s not the most important thing, what matters is his attitudes and that he’s available That matters, period and that’s it. The rest doesn’t matter to me. There is a negotiation in progress, there are two parties who will try to find an agreement.”

Can Bennacer play as an attacking midfielder?

“Isma can play in that position, Franck can also play it. Tomorrow I will have Messias available for the first time, who can play both there and on the right. We need to find the best solutions for every single game.”

Milan have collected 16 points from the first six games and are still unbeaten in the league. Napoli, perhaps a bit surprisingly, are the only side ahead of them with an impressive 18 points (six wins out of six).

The starter on the left, Rebic or Leao?

“They are both starters and they feel like starters. We will see game by game. After the break, we will finish with Roma, Porto and then the derby. There will be opportunities for everyone to play, the important thing is that everyone gives their best regardless of the time.”

On the first goal conceded against Atletico…

“We have reviewed it, we use our mistakes to grow and improve. We could have done much better, it’s a shame to have conceded such a goal. We had to be more careful, we’ll try to be more careful and determined tomorrow.”

“I have three starters, tomorrow I will field two. Tonali and Isma are very well, Franck is fine. One of the three will give us a hand during the game in progress.”

“All the improvements happen because a person wants to grow and wants to get the most out of it. We are here to stimulate and help, I think Rafa has treasured some situations. He’s a more complete and mature player, but he knows he will have to improve still a lot.”

“I like to see a team more aware of their qualities, that’s what we have to do tomorrow. We are becoming strong too, tomorrow is an opportunity to show it against a high-level opponent.”

On Bennacer and Giroud…

“On Isma, we have excellent technical and physical efficiency data, he’s returning in the best possible condition. He needed minutes, for Giroud it will be the same thing. The back problem is not completely gone yet, I expect to have him at 100% after the break.”

“I see him well, he only did two training sessions with us. I liked it a lot, he knows how to stay on the pitch, he holds up the pressure, he has one-on-one skills. He can play well both on the right and even more inside, he can do well in several positions on the pitch. He’s a guy with quality, he’ll give us a big hand.”

“I reply that he criticised but also complimented me. I will analyze the choices I made and next time I will try to do better.”

On Leao and Rebic…

“It’s right that we talk about Ibra and Giroud, they are champions. The performances of Rafa and Ante are important and they give us many solutions. They are different from Olivier and Zlatan but they are doing very well and I’m satisfied. I hope that they can continue like this, they are always very available and ready.”

To attack or wait tomorrow?

“It will depend on the situation. The more the opponents have quality and the closer you bring them to your area, the more you can suffer. We will have to have the right pressure times, defending low is not the situation we like best so we will try to play the game.”

READ MORE – Saelemaekers remembers 2-0 win against Atalanta: “We weren’t in the best position”