AC Milan head coach Stefano Pioli refused to shed much light on whether Alessio Romagnoli will remained benched, but challenged his team to confirm their good work from the weekend.

The Rossoneri will host Udinese at San Siro on Wednesday night looking to follow up an excellent result against Roma in the right way. Milan ran out 2-1 winners at the Stadio Olimpico against fellow top four hopefuls thanks to goals from Franck Kessie and Ante Rebic, extending the gap over the Giallorossi to eight points.

In doing so, they ensured that they remain four points off Inter, and they will want to keep the pressure firmly on their Serie A rivals against a Udinese side who have been inconsistent this season but find themselves sitting much more comfortably than last season’s relegation battle.

Pioli spoke to the media at Milanello on the eve of the game, with his comments transcribed by MilanNews and translated below.

Does your team struggle less away than at home?

“The numbers speak for themselves, but it must be said that without the fans playing at home or away is not so decisive. Playing in your stadium is different, however, it should still give us some advantages. in difficulty, an important performance will be needed.”

Pioli made a strong choice for the game against Roma as Tomori was preferred to captain Alessio Romagnoli, but the Englishman repaid the faith of his head coach with a fantastic defensive performance.

Will Romagnoli stay out of the line-up tomorrow?

“The matches are all important, but also different. For me it is fortunate to have a great choice. Only tomorrow morning we will try the starting line-up. I will choose who is better off. We have a good victory, now we have to give continuity to our results.”

How is Leao? Is he falling?

“Let’s not forget that until a few weeks ago there was talk of a more determined Leao and inside the games. Tomorrow he can start from the beginning. He should not be pampered too much because he is well. He must help the team with his qualities.”

Will there be a leader missing without Ibra?

“Our leader must be how we go out on the pitch, we proved it on Sunday. Even without Ibra and Calhanoglu there are many players who can be decisive with a play.”

Should Milan still believe in the Scudetto?

“I would have been surprised if Ibra had said different things in the conference. It is right for him to say certain things. We have play the game and think about ourselves, we have to win as many games as possible and play our football. We are satisfied with the match in Rome and the decisive moment of the season, let’s stay focused and try to get the most out of it. Then we’ll see in what position we will be.”

How do you explain the difference in performance between Red Star and Roma?

“The two difficult weeks helped us to fix some things. The team was good at not being depressed and at returning to play at Milan. We did well in Rome, we have to continue like this.”

Can Milan do without Ibra? Will you watch him at Sanremo tonight?

“Ibra is one more weapon, but the fact that the team did well even without him means that we have some qualities. Tonight I will watch Juventus-Spezia. I heard Ibra. Unfortunately Sanremo ends too late for me.”

How is Romagnoli doing?

“Only you talk about failures, for me they are simple choices. I talked to him. You can not always have the same ideas, but the important thing is respect.”

Could Rebic recover for tomorrow?

“He’s fine, tomorrow morning he can finish training and start against Udinese. On Sunday he played a great match, his characteristics are important for us. There is no doubt about his qualities.”

What changes from playing with Ibra vs. Leao as the centre-forward?

“I like it so much when Zlatan makes us play well. Ante is good at going deep. Leao is not a target man, but more of a movement centre-forward. His team-mates will have to be good at exploiting his movements.”

😍 We can't stop watching this…

How are Mandzukic and Bennacer?

“They are continuing their individual work which will go on throughout this week. We hope they can be back available during the next week.”

Many had already written Milan off…

“We have a chance to prove that the extraordinary thing was those two weeks. It was a surprise, but there can be a dip when you play so much. Now we have to prove that we are still that extraordinary team. Let’s not think about the past anymore, it will be. What we will be able to do from now on is decisive.”

In Rome we saw a more brilliant and intense team…

“The worst thing is to do things halfway. We like to attack forward, but that’s okay only if the pressing is done well. In Rome we did it. It must be a constant in our way of playing. We must obviously learn to read situations.”

Have you ever thought about changing formation?

“When you make a tactical choice you always look for and against. I would be ready to change something if it were needed. With the victory against Roma we have shown that we are on the right path. Now we have become a recognised danger for the opponents who they are more careful in dealing with us.”

What do you think of Gotti?

“I know him well. He is an intelligent person and a good coach. He is doing well at Udinese. It will be a complicated match.”

Are you afraid of injuries?

“I have a large squad, we have never thought about absentees. Tomorrow, whoever is called upon will do well as always.”

Did you like the anger with which Rebic scored the goal against Roma?

“The symbols of Rome’s victory are two: the anger with which Rebic kicked the ball for the second goal and the double block of Tomori and Tonali.”

Will you ever change the way you play based on your opponent?

“The games change a lot if you go ahead or behind. We have to follow our script, we have to take the field with clear rules and the right equipment. Obviously then the games change and you have to be lucid to better read the various situations.” 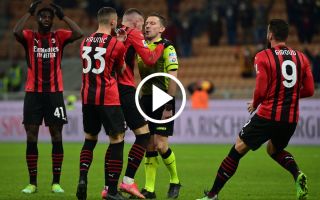 Watch: The baffling moment Messias’ goal was chalked off because Serra played no advantage
17 January 2022, 20:51 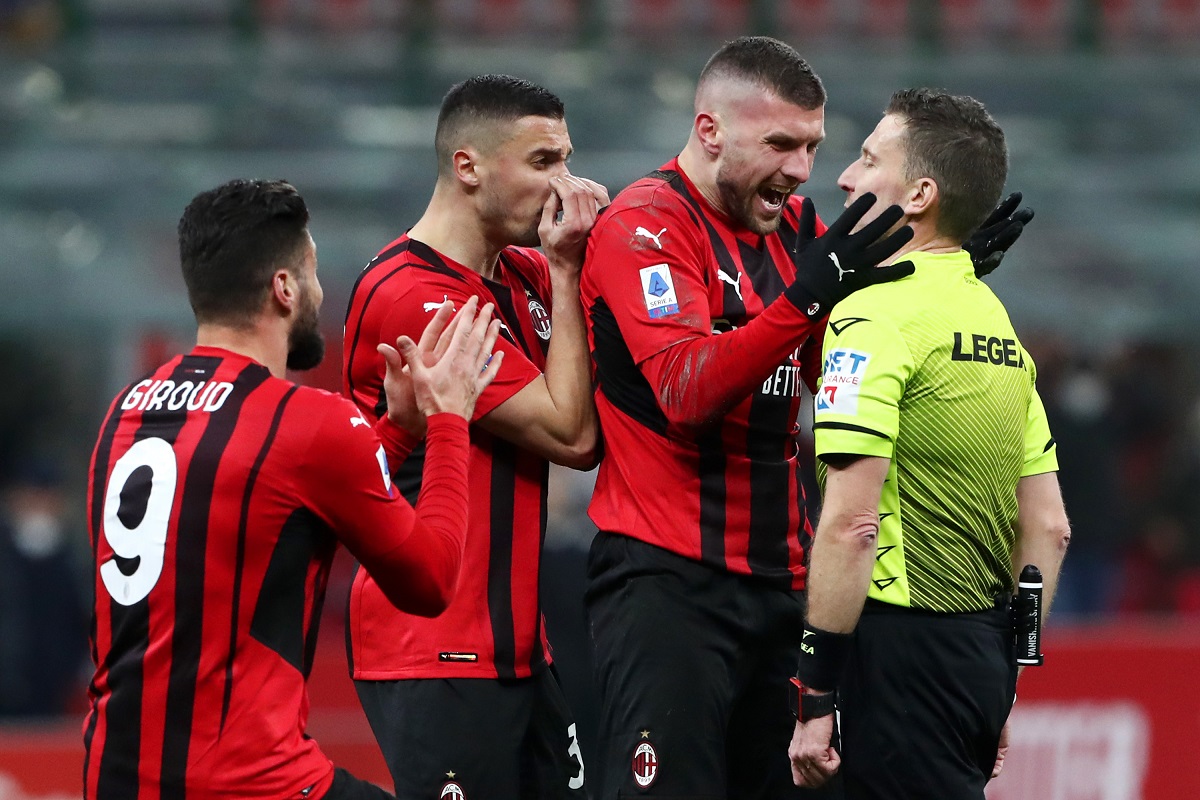