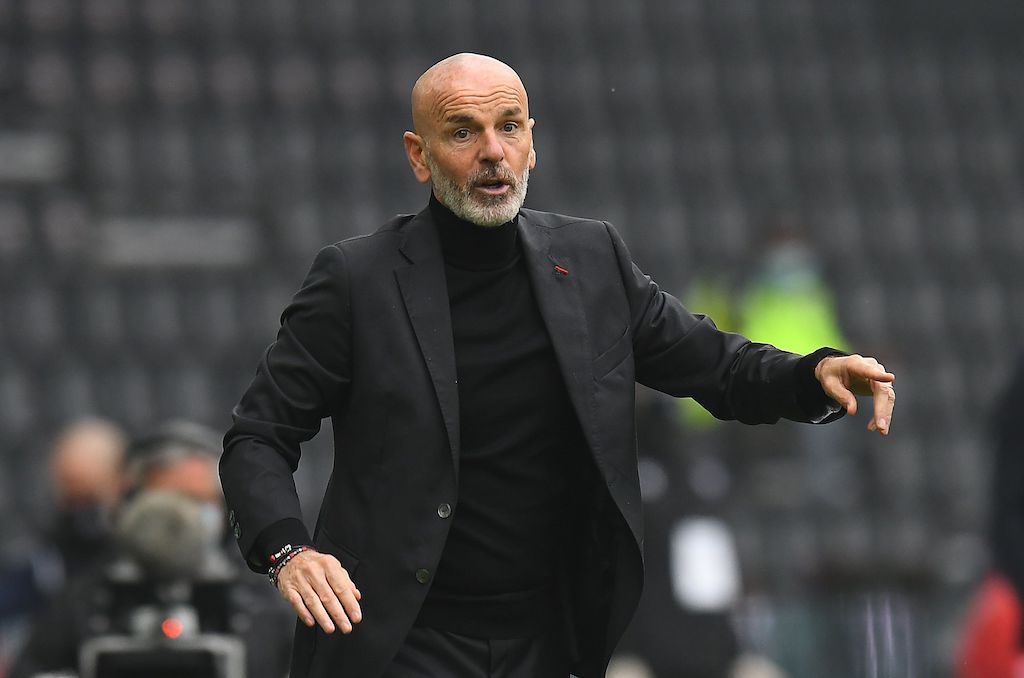 AC Milan boss Stefano Pioli praised the resilience of his side as they sealed a vital 2-1 win over Udinese on Sunday afternoon.

Milan extended their lead at the top of the Serie A table temporarily to four points with a hard-fought win over the Bianconeri.

Inside the final 10 minutes though, Ibrahimovic came up with the decisive contribution as his bicycle kick from close range sealed a vital three points for Milan. The result means that Milan move on to 16 points from their opening six games, four points above Atalanta in second albeit with Napoli in third having a game in hand.

Pioli was interviewed by DAZN at the end of the game, with his comments transcribed by Football Italia.

“Udinese played with Pussetto and Deulofeu on the wings and we tried to attack them there,” Pioli said.

“We always try to modify our positions on the pitch according to the choices of our opponents. When Brahim Diaz came in we had more players in attack.

“The team has this spirit. They know they can overcome difficulties during the game. That’s a solid base to build the team.”

Sandro Tonali came on during the second half as Pioli sought more creativity in his midfield.

“Tonali is doing well, I have four strong midfielders but he has everything, he is smart, he has vision, but he needs to have more intensity at a mental level.

“He also needs to get used to play with another midfielder close to him. But he is very strong, it’s hard to find young players with his qualities.

“I know I am coaching a solid and strong team. I told them during half time break. In terms of desire and willingness, they are second to none.

“Clubs that finished ahead of us last season are still very strong but we are ambitious and positive, we know we need to improve so much.

“Ibra knows how much he is important for his team-mates’ growth. He knows the path is a long one, we want to overcome these challenges that help us to improve under every point of view.”