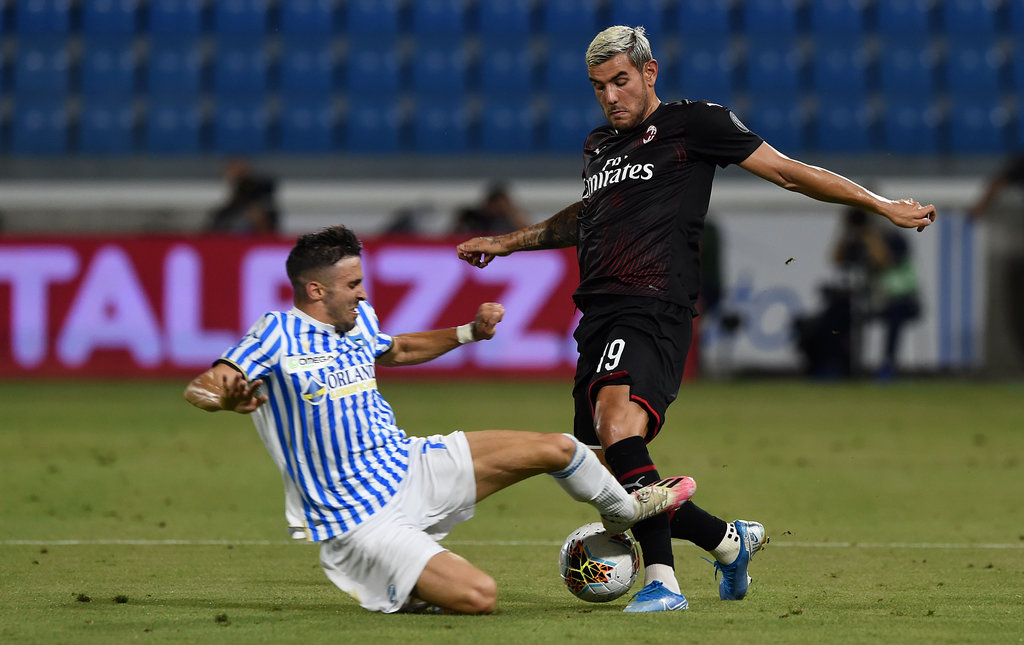 Since the league was resumed, Theo Hernandez hasn’t been as involved in the attacking phase as we have got used to. In the game against SPAL, has was even subbed off in favour of Diego Laxalt.

The Frenchman did win a penalty in the game against Roma, while also coming close to scoring last time out with a few fantastic runs. However, he has seemingly taken a more defensive approach to his game, which hasn’t gone unnoticed.

During today’s press conference at Milanello, as cited by MilanNews.it, Stefano Pioli was asked about Hernandez’ role for tomorrow’s game against Juventus. He acknowledged that the former Real Madrid man is working harder at the back.

“It’s evident that Theo is a player more inclined to the attacking phase. The fact that he’s working with continuity and attention in the defensive phase, means that he has understood that he can become one of the strongest full-backs in the world if he works on the defensive phase,” Pioli stated.

This season, the left-back has bagged six goals and two assists in all competitions. As a result of Ante Rebic’s red-hot form this year, he’s no longer the Rossoneri’s top goalscorer, which only makes sense given his position.