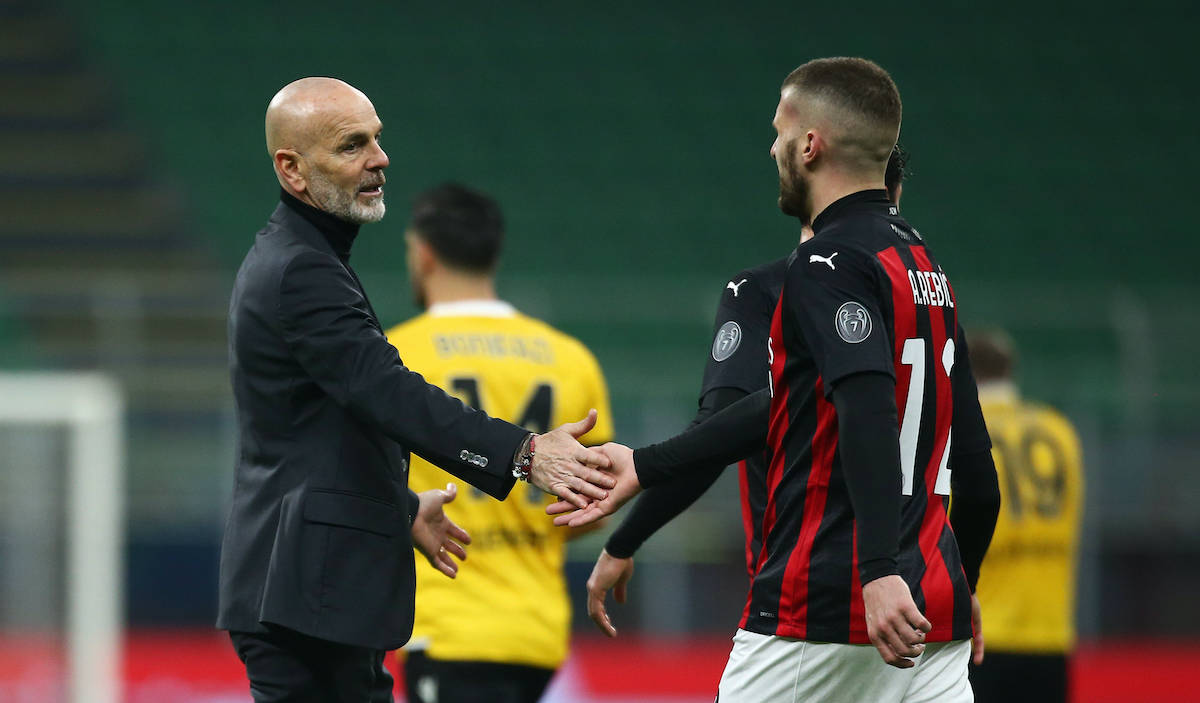 AC Milan head coach Stefano Pioli has revealed that Ante Rebic did not take well to being left out against Juventus on Sunday night.

Pioli surprised quite a few people when he chose to leave both Rebic and Rafael Leao on the bench for the game at the Allianz Stadium, preferring to field Diaz as a number 10 and put Hakan Calhanoglu out wide. As we mentioned in our tactical analysis, it proved to be a stroke of genius as the Spaniard had an excellent game, scoring the first of the goals in a 3-0 win.

Tomorrow another huge game beckons as Milan will again take the field in Turin this time to face the Granata, and Pioli spoke at the Milanello conference room on the eve of the match against them about Rebic, with his comments transcribed by MilanNews and translated below.

“The right reaction is what Ante had on Sunday. He is a Milan starter, he knows it well, but then I prepare the game based on what I think is best for the team,” he said.

“Everyone wants to play and therefore it is right those who don’t play are p***ed off. I have always told my players that they must always help the team and have a great spirit of sacrifice. Rebic was unhappy, but he came on very well. I make the choices based on the game we want to play.”

READ MORE: Thiago Silva confirms he is still a Milan fan and reveals his Rossoneri ‘dream’