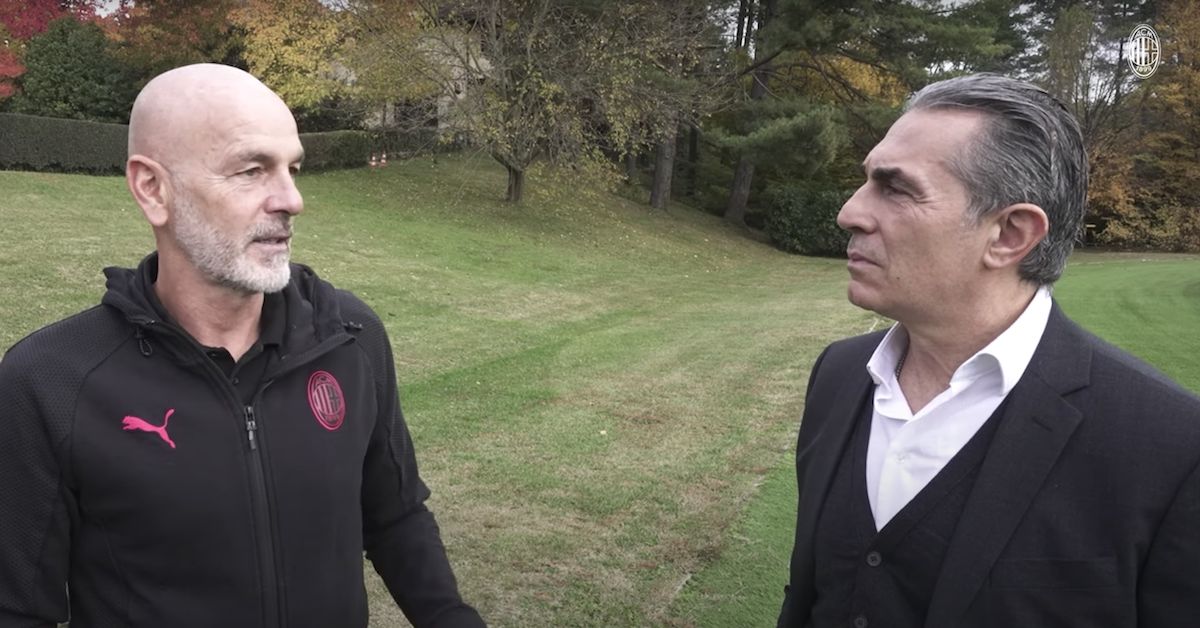 AC Milan boss Stefano Pioli has revealed how he likes to spend the international break, and also explained an idea he would like to introduce to football.

Pioli spoke to Sergio Scariolo, the head coach of basketball team Virtus Segafredo Bologna, in an interview that was used on the Rossoneri’s official channels. He spoke about a number of different topics, starting with how he likes to unwind during the two weeks that the internationals are away representing their country.

“The only time I honestly manage to unplug for a few days is during the break. Because now our format foresees seven games in twenty days, and there you clearly can’t disconnect,” he said (via MilanNews).

“My wife often tells me: ‘I speak but you don’t listen to me’, because obviously the ideas and the head always go there. Instead, during the break, the first week that there is no Sunday commitment, I can do some cycling, a few paddle games, or simply a walk with the dog and think of something else.

“Like you I really like watching sports, it relaxes me. When there is no match, I manage to disconnect a little. I like to play in the evening, I finish the training in the morning and in the early afternoon I manage to have a little more time to prepare, I get better.”

Pioli was also asked for his view on the now infamous ‘ritiro’, where nowadays an underperforming team are sent away for a training camp somewhere usually far from their normal surroundings to try improve focus and correct some flaws.

“I was very used to the ritiro, both as a player and as a coach. Now, on the other hand, it is 3-4 years, first in Florence and now here at Milan, that we do not do retreats. When we play in the evening at San Siro then the next morning we train at Milanello and we spend the whole day together. Even away, we leave in the morning and then play in the evening.

“We prefer to rest after the game here at Milanello, especially when we play during the week. Both the players and I see that we don’t need to go to camp the night before, quite the contrary. Staying at home allows us to be a little more peaceful and also a little more focused. The retreats were once aggregating, we were together, we played cards. Now iPads, computers, headphones… everyone has their own micro world.”

One thing that has been a big boost already this season is the presence of fans at San Siro again, and it was actually even reported that the accounts have enjoyed spectators returning too as it has provided €15m in revenue, plus of course a psychological impact on the players.

“It is important that there is support and trust, especially for what we have gone through without fans. We understood how much we need it, it is important to bring them to live the matches with this enthusiasm,” Pioli said.

On how he goes about managing the champions of the game like Zlatan Ibrahimovic, the former Lazio and Fiorentina boss played down the difficulty.

“The difficulty lies above all with our team-mates, not so much with us. When we talk about champions we are talking about champions on a human, professional level. They have such a strong, inner competitiveness that it is not difficult to train them. It is more the relationship that is created with others.

“What you do with the champion can create some situations that are a little so on the edge. In the end, in my opinion, the difference always makes the intelligence of the people in the group you train. These champions demand, and raise the bar for the whole environment. The problem is when you find people or players in normal quotes who instead think they are something more.”

On how he communicates his ideas during the match, Pioli stated: “I would like to do it more, I would like to introduce the time out also in football. Then I would also be for the actual time in football, I would put a time out in the middle of the first half to be more specific, more precise with my intervention; then it is clear, I transfer everything in the interval. I try to combine some precise technical and tactical situations with a bit of motivation to make the rest of the match travel well.”

Finally, Pioli spared a few nice words for his backroom staff and collaborators who help contribute to what he is trying to build.

“I want proposals, ideas, but then I decide. But I want ideas, especially if they are different from mine because they can lead to some better results. The thing I like most right now is to prepare the strategy together with my collaborators and see what they bring me, see what they would do and then put it all together and make a final decision.

“I like it more when my decisions turn out to be the right ones (laughs), but I happened to say ‘you were right, well we did as you thought’. The important thing is to make a proposal, it means work, preparation, passion, the desire to make a contribution.”