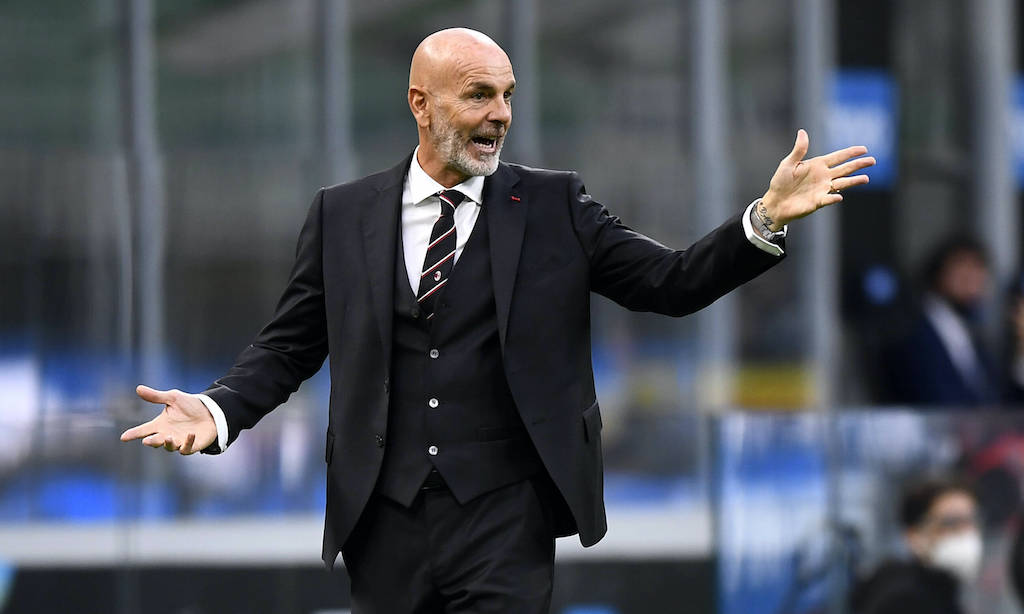 Head coach Stefano Pioli has claimed that if AC Milan were a woman then he would have married her, given his love for the club.

It is remarkable to think that there was a lot of scepticism about his appointment back in 2019, but now Pioli seems to have won over every doubter as his Milan side continue to topple records with every passing week.

The Rossoneri kept top spot thanks to a dramatic injury time win over Lazio in the game before the Christmas break, and they will get back underway against Benevento on Sunday with Inter breathing down their necks.

Pioli spoke in a long interview with Sky Italia, which will be broadcast in its entirety today, but an excerpt has emerged.

“Fortunately it’s not a fairytale, it’s reality. I really like music, a song came out in this period by Negramaro, it’s called ‘Contact’. There is a phrase that says’ The life I wanted is all here. The friends I dreamed of, just like that’,” he said (via MilanNews).

If Milan were a woman: “She would be my wife. She is the love of my life, so it means that Milan too.”

On his experience in Florence with Davide Astori, who grew up at Milan: “Davide, together with my father, whom I lost last year, are two more guardian angels of mine. I think that in all these good results they are also in them.”

Pioli also gave an interview to il Corriere della Sera, during which his love for the Rossoneri was once again a theme.

“The first time I entered Milanello I felt something magical, a unique energy. But the fact is that I feel it again every morning at 8,” he said (via MilanNews).

“I know I’m lucky. And I’ll do everything to continue deserving this. luck. I’m not a genius, but determined and tenacious yes. And curious. I’ve always thought that there is something to learn from everyone. Today I feel complete and mature, like never before. But I know I can do even more. normal man, not a normal one. I’m simple, I love being.”

On Zlatan Ibrahimovic: “I have never met such an intelligent and likeable player. They are moments like this, he will come back and play more than before. But his presence is already fundamental, he knows how to drag and stimulate his team-mates.

“How do you manage someone like him? Actually it’s not difficult. Because we are both direct, we don’t hide, for better or for worse. We also said negative things, it happens, it’s normal, it’s the logical dynamic of a team.

“Once he walked into my office and he told me: mister, today I speak. I sat there and listened. The next day I spoke. It works like this. You have to understand the situations, the people, the moments.”

Pioli seemed destined to leave Milan , but the club, fortunately, made the right choice.

“An image of this 2020? On the evening of July 20, when Gazidis telephones me on the eve of Sassuolo-Milan to inform me that he and the owners had decided to confirm me for the following season, if it was okay. I told him: Ivan, wait, I’ll think about it … Obviously I was joking, I didn’t put the phone down.

“It was a great emotion, like when after the game I announced the team and my collaborators. I never lost my serenity, I say Gazidis before the match against Genoa came to Milanello to say that the choices would be made at the end of the season and not before. For me things were clear. So I continued to work to deserve that trust, without listening to what was said in round.”

Now Milan must think about the new year with a very specific goal: “Continue to improve. And, yes, return to the Champions League. The club hasn’t asked us for anything, they don’t want to pressure us, I really appreciated this.

“Maldini, Massara , Gazidis put us in the ideal working conditions: they are extraordinary. But we are well aware that we must do everything to bring Milan back to where it should be, that is to the Champions League. It has been missing for too long, that is its place. We can do it. what interests me is growth. This team can also improve a lot.”

Help from the market would be convenient, but even in this case Pioli has clear ideas: “Now here there is enthusiasm, seriousness, compactness. There is no longer even need to hang the weekly program on the walls, everyone knows what to do. The group is strong, united, proud.

“Whoever joins, if they join, must have the same application, the same mentality. Whoever arrived last January, I am talking about Ibrahimovic and Kjaer, gave the example. That made us turn around.

“Well, with the effort we have made to reach this balance we have to be careful not to break it. On this point there is total harmony. If we can improve, we improve. Otherwise we will remain perfectly fine.”