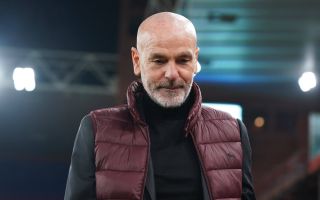 CorSera: Pioli’s renewal expected to be signed imminently – the full terms of the extension

AC Milan are not far from being able to confirm the extension of head coach Stefano Pioli’s contract beyond the end of the season, a report claims.

This morning’s edition of il Corriere della Sera (via MilanNews) writes that no party has any doubt about continuing with things the way as they are. The Milan management are convinced by Pioli, who wants to continue his journey at the club and guide the club to what would be his first trophy as a manager.

In the two years he has spent on the bench, Pioli has achieved some amazing results and perhaps more importantly implemented a style that goes well with the philosophy that the owners want to be known for.

Over the international break there are expected to be developments on the renewal front and the paper claims that Pioli will sign a two-year contract until 2024, with a probable option for a third season, and will have a net increase in salary from €2.5m net per season to €3.5-4m per year.

It is a substantial pay rise but also a deserved one as Elliott Management are satisfied with the work done by Pioli, who has managed to conquer everyone with his methods.

READ MORE: Romagnoli will ‘give priority’ to Milan but Juventus are lurking – the Rossoneri’s cap