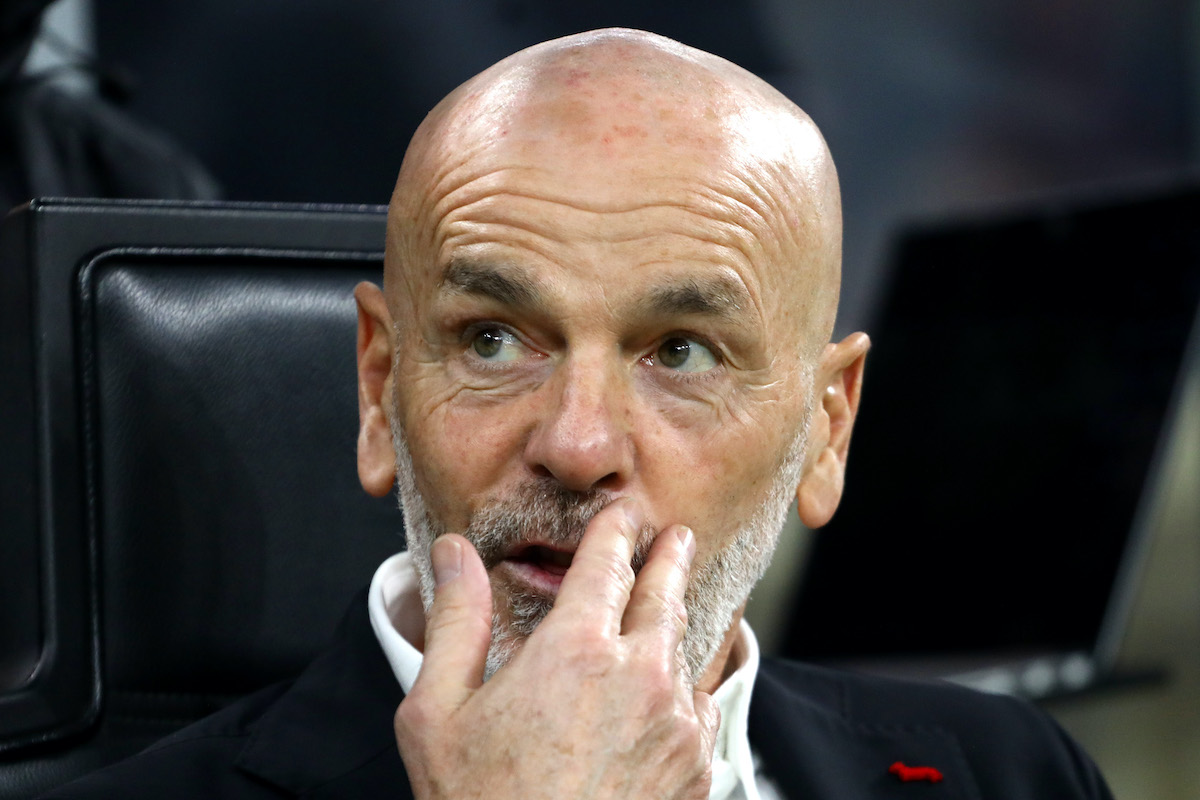 AC Milan head coach Stefano Pioli is choosing to feel optimistic after his side played out a 1-1 draw in an intense Derby della Madonnina against Inter.

The Rossoneri did not produce their best football in the first 80 minutes of the showpiece game at San Siro and went a goal down when Hakan Calhanoglu scored in front of his former side from the penalty spot having won the spot kick himself.

An own-goal from Stefan de Vrij got Milan level seven minutes later, but Milan had Ciprian Tatarusanu to thank for keeping it at 1-1 as he saved a Lautaro Martinez penalty after Fode Ballo-Toure had chopped down Matteo Darmian.

Alexis Saelemaekers hit the post late on with a shot on the break and Franck Kessie should have netted the rebound to steal what would have been a huge three points, but Milan stay seven points above their city rivals heading into the international break.

Pioli spoke to DAZN after the game game and was asked for his reflection on what was a frantic but hard-fought point in the end, with his comments relayed by MilanNews.

Glass half full or half empty? “Glass half full. You obviously prepare the games to win. The game was complicated and difficult, the players were generous. The performance was positive against a very strong team, we proved to be strong too.”

Did last year’s game help you learn and improve? “It’s normal, look at the difference in average age between us and Inter in the starting eleven. Now we play the games with more conviction. Inter are certainly among the strongest in the league, there are some difficulties, in some situations we were better and in others they were better.”

On Rebic’s reaction and recovery: “The reaction was there. We went down hard on our mistake while trying to manage. We have kept our ideas. We could have looked for Zlatan more and leaned on him more, but we were still dangerous and fought after for ball.

“Rebic’s recovery is very important because he has important characteristics for the team. There was a need, we have pulled Leao’s neck in recent weeks and we have seen that he was less brilliant than usual even if he too gave everything for the team.”

On staying in the game: “We were very brave even in defence, we looked for two vs. two situations in the central area against strong opponents. In the first half a half had to stay a little further back, there was too much space in front of the defence. In the European leagues it’s just us and Napoli who are unbeaten, the team is making a great effort.”

On the depth of the squad: “Absolutely yes, I’m very happy. We are ambitious, the club has provided me with important potential. Now we must also recover Messias. Those who entered tonight are strong players, I am lucky enough to coach many good players and we must maintain this desire to work together and maintain this availability.”

On the international break: “Am I going on vacation? No, but a couple of days a bit more relaxed yes, then we won’t have any more stops until December 22nd. Now we need to recover energy, I appeal to my players who go to the national team to work well and return healthy. We are all working well, when there is harmony between the club, players and fans, we work well.”