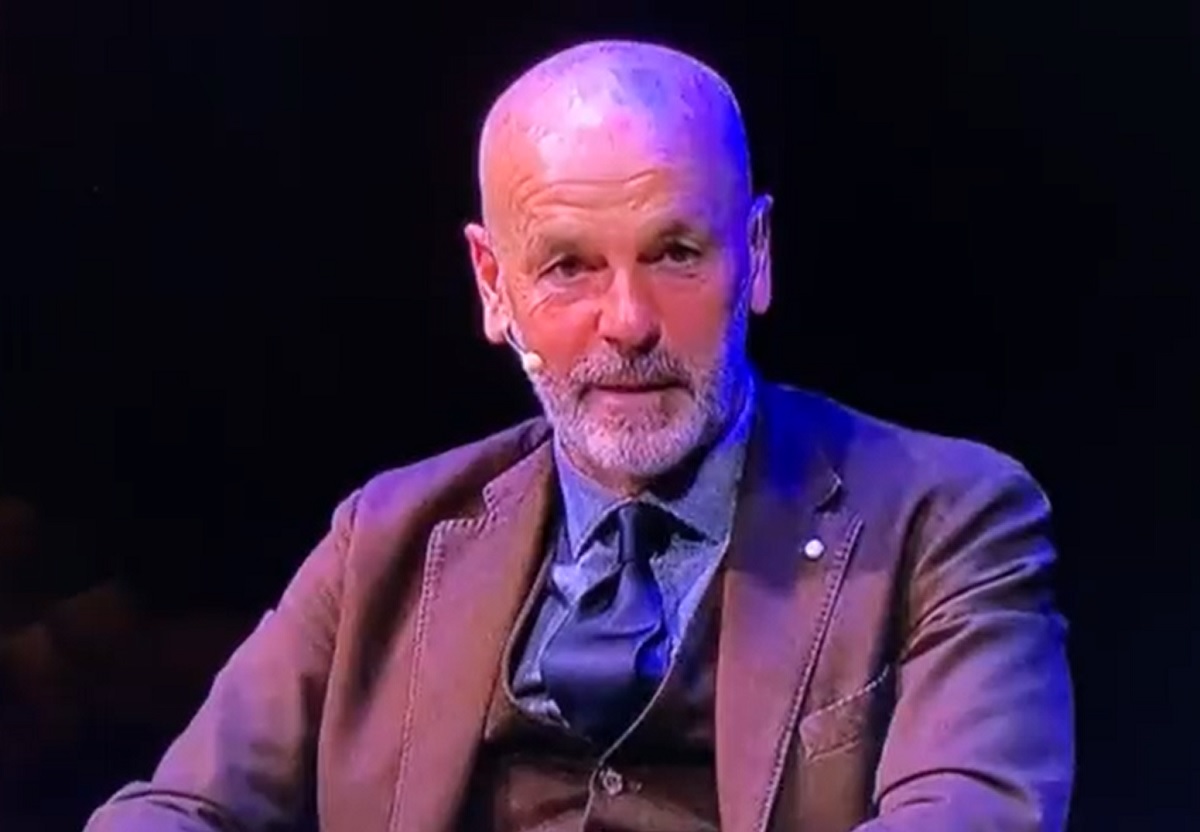 Pioli feels ‘completely at ease’ as Milan coach and shares UCL hope: “We must believe”

AC Milan have started this season very well, with 19 points registered in the first seven games. It’s safe to say Stefano Pioli can be pleased with his team, who will be back in action after the international break.

Indeed, Pioli and his men have impressed at the start of the season and although the results could have been better in the Champions League, the performances have been good. For sure, they are to be reckoned with in the Scudetto race.

During the Festival of Sport this evening, as cited by MilanNews, Pioli took to the stage to answer a few questions. He spoke about many things, including what it takes to build a good relationship with your players.

On the relationship with the players: “You have to be direct and clear, both in the positive and in the negative aspects. You have to set goals right from the start. It takes time to build certain relationships. I argue with the group every day, it is normal to have discussions. There are moments of tension, having to do with a large group.”

On Ranieri: “I had him in ’93 and I was 28 years old. With him, I started asking myself questions about game situations. When he was training me he often told me that I would be a coach at the end of my career. He was a person who passed on certain values ​​and ideas to me.”

On Milan: “The defeat in Bergamo was very heavy, but I think it taught us a lot of things. We started again with more conviction and more strength. From there, our Milan was born. Negative experiences can be found in negative situations. We hope that the last round of last season is not the peak of this team.”

On the Champions League: “We have to believe in it. The first two games were negative, but they were performances that gave us confidence. The standings, at the moment, are negative but four games are a lot.”

An adjective for the team: “Exciting. It is a group that I like: they are responsible and share the types of work. A coach has the perception of his team and my players like the way we play. Every morning, I always get up with positivity and I believe in work and improvement. But you have to deal with reality. But I have always believed in my players. Milanello is an environment where you work very well.”

On the harmony with the club: “Already from the first meeting, there was harmony. Then the relationship must be built and today I feel completely at ease, especially with the project that was undertaken starting from the young people.”

On the lockdown: “It is not easy to explain what happened. From January onwards the value of the team was understood. There were a couple of weeks where we did not speak with the team. When we resumed training ‘at a distance’ we started to work together and discuss. There I felt something. These are difficult things to explain, but the credit goes to the players.”

On Tonali: “He has grown. He has always had qualities and continues to grow. He will be an important player for Milan and will improve a lot.”

On what the new football needs: “We need new structures. In Europe, the stadiums are much more modern and are used to welcoming a young audience. We could start with that to improve. I hope to be the manager of Milan with the new stadium.”

On how young people see Pioli: “I hope they don’t see me as too old (smiles). The relationship is a coach-player, young people know that they need advice and guidance. Some guys occasionally show me personal situations, and it is a sign of confidence. They need to be treated like young people: give advice after a fight with family or girlfriend.”

On Ibrahimovic: “Zlatan is an intelligent and nice person. At the first interview he said to me ‘Mister, don’t listen to those who say I’m not ready. I’m here to be a player and you the coach’. And I’m trying to be a coach. In the locker room, he knows how to behave.

“In Sanremo? I didn’t see him, I had other things to do (laughs). I keep telling him to think about becoming a manager. Whatever he does in the future, he will make a career. He is of an impressive level. On the pitch he sees the game before the others, Zlatan never makes a mistake.”

On how the team sees Ibrahimovic: “I think Zlatan has shown a lot of intelligence. He knew what the team was going through and in the first weeks, he observed his teammates. Today the players see him as a total leader, but they know they can find a selfless person, ready to help.”

On Astori: “He marked my life. Anyone who knows me knows my feelings towards him. He was the captain with a capital C. At the funeral, there was all of Florence and the delegations of all the teams. He was a person with great values.”

On Daniel Maldini: “He has quality and talent. He is at the beginning of his career. He has a heavy name. Milan have a great history, for example, every time at Milanello I pass the statue of Rocco and I think he watches every training session. The players are stimulated by the environment.”

On the fans: “They are very close and they are passionate. When they said last year that Milan only were strong without fans, they were wrong. We are now better prepared to withstand the pressures, but we are stronger because we have higher energy.”

On the match in which he lost his temper: “Against Atletico, a little for our naivety, a little for external situations. The referee was not the best in the field (smiles).”

Milan will face Hellas Verona after the break and they will be able to welcome some more fans to the stadium, as the capacity cap has been increased from 50 to 75%. Hopefully, they will continue their unbeaten streak.