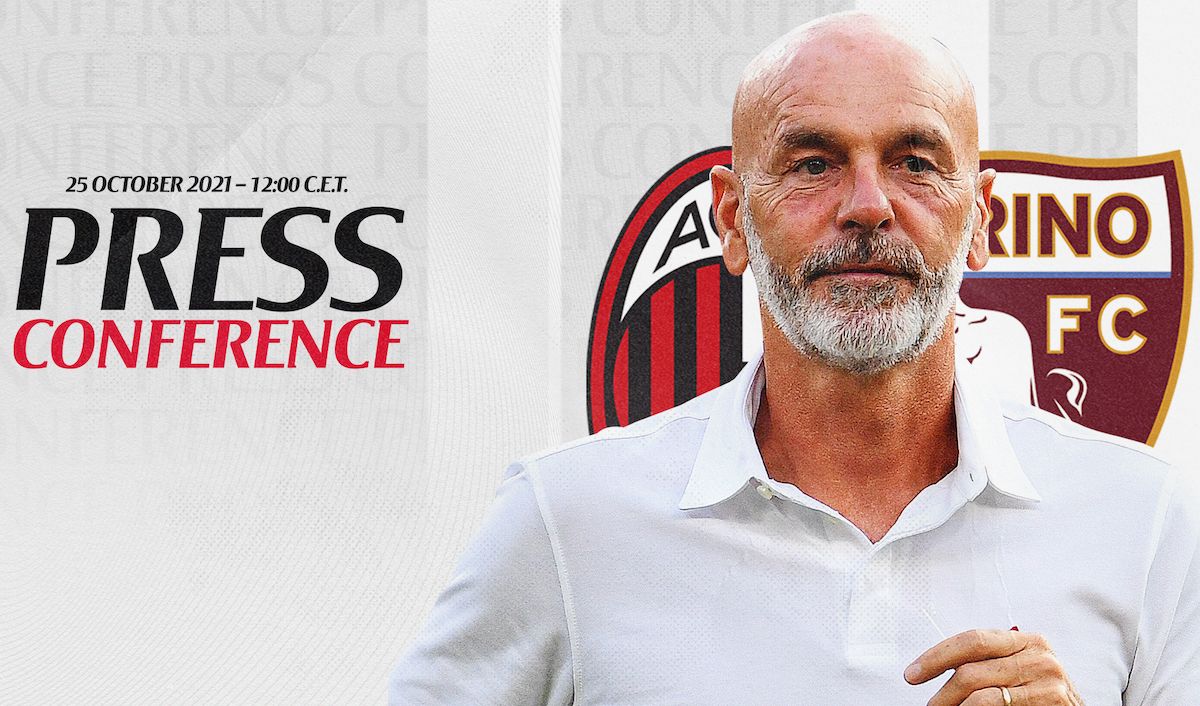 AC Milan head coach Stefano Pioli has confirmed that Franck Kessie is back for what he believes will be a real ‘fight’ against Torino, but Theo Hernandez will not start.

Pioli’s side will face Torino at San Siro hoping for a more straightforward victory than the ones against Hellas Verona and Bologna, and it is the start of what is a very challenging period for the Rossoneri.

The team then have a trip to face Roma at the Stadio Olimpico on Sunday and next Wednesday is the do or die Champions League game at San Siro against Porto, followed by the derby against Inter on 7 November.

Pioli spoke to the reporters who gathered in the conference room at Milanello on the eve of the game against Torino at San Siro, with his comments relayed by MilanNews and translated below.

Are Milan conceding too many goals?

“We need to be more attentive and communicate better. To win it is important to concede few goals.”

How do you assess the standings?

“It’s too early, nine matches are nothing. But it’s right that the fans are happy and proud of this team. Now let’s think about tomorrow’s match and then the next one.”

How did Ibra and Giroud fare in Bologna?

“The last two were particular matches. When we need more physicality we have the possibility to put Ibra and Giroud on. Both are not at 100%, the important thing is that they give continuity both in training and in the match.”

Have you been alarmed by the last few games?

“For me we weren’t up to it in only the Porto match, we had to do better. In Italy there are strong opponents, as Torino are tomorrow. We work every day to do better and keep growing.”

What do you think about the relationship between referees and coaches in Serie A after the latest incidents?

How are Theo and Kessie?

“If Theo trains with the team today he will be there, but not from the start. Kessie is fine and will be available.”

Have we arrived at an important crossroads of the season?

“The calendar is tight, the competitiveness is high. Torino are strong, Juric is doing a great job. There are many important tests, but it is too early to say that we are at a crossroads. We must try to face every match in the best possible way.”

Yesterday Milan gained points over all the other teams…

“We are strong and competitive, but yesterday’s matches have confirmed to me that we will have to keep the level of our performances high if we want to fight until the end.”

What are you expecting from Belotti tomorrow?

“I expect a combative and proactive Torino. I don’t even know if Belotti will play or not, the attitude with which he will enter the field is not my problem.”

How do you judge Pobega’s season at Torino?

“Tommaso is doing very well. He has the right characteristics for Juric’s game, he is constantly growing.”

What do you expect from Torino?

“He is growing, he hasn’t played much but he is having good performances. Mirante is a little behind in condition, tomorrow Tatarusanu will play.”

Can Kessie or Tonali play as attacking midfielders?

“At the beginning of the game, no because we have Krunic and Maldini who know how to play in that role. It is important to have all four midfielders available.”

How important is tomorrow’s match?

“Each match is worth three points. When we face the head-to-head matches, we may lose some points. I am convinced that whoever scores the most points against the other teams will win the league. Tomorrow we will have to be very lucid in our choices.”

What do Milan need to improve further?

“The next step is to get to the top all the way. We have been at the top for a long time, last year we lost some points. We will need even more continuity and fewer mistakes. We must also win the gritty games, the ones you don’t play in good. We have the qualities to get the three points even when we are in difficulty.”

Is Ibrahimovic’s position on the field a choice of yours or the characteristics of the Swede?

“Both. It doesn’t matter who we have between the lines, but we have to stay there. We made an excellent move after the first red card for Bologna. We must have players between the lines, players in behind and open: if they are not always the same, then, it means that we are still a little more unpredictable.”

Will tomorrow be a match like the one in Porto?

“Porto did not attack us high, they had a centre-forward who worked well on our centre-backs. Verona and Torino, who play similar football, will come to press high, we will have to be good at moving and finding the right spaces to do damage to the Granata.”

“I think we are the best team in Europe for away points. We always want to play our football. Being able to keep certain numbers away would be a really great thing.”

READ MORE: Pioli hoping to have four absent players back by Roma game