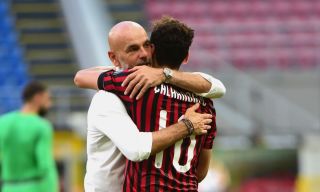 Pioli gives reassuring update on renewal of star duo: “We are confident of continuing together”

Both players are under contract until June and that deadline is fast approaching, but there has always been a certain optimism from the Milan management that a positive outcome will arrive, as CEO Ivan Gazidis said on Wednesday.

However, it is necessary to turn that optimism into ink on paper especially given that both players can now sign pre-contracts with another club if they wish to do so.

Pioli spoke to the reporters who gathered in the conference room at Milanello to discuss tomorrow’s game against Spezia, with his words transcribed by MilanNews, and he was asked about the renewals.

He was asked by one journalist: “Can the unsolved renewals create problems?”

To which the Milan boss responded: “The club has already had its say. We are confident of continuing together. The boys are focused on work, they are calm and have a great desire to do. The club is building something important, we want to get the most out of this season.”