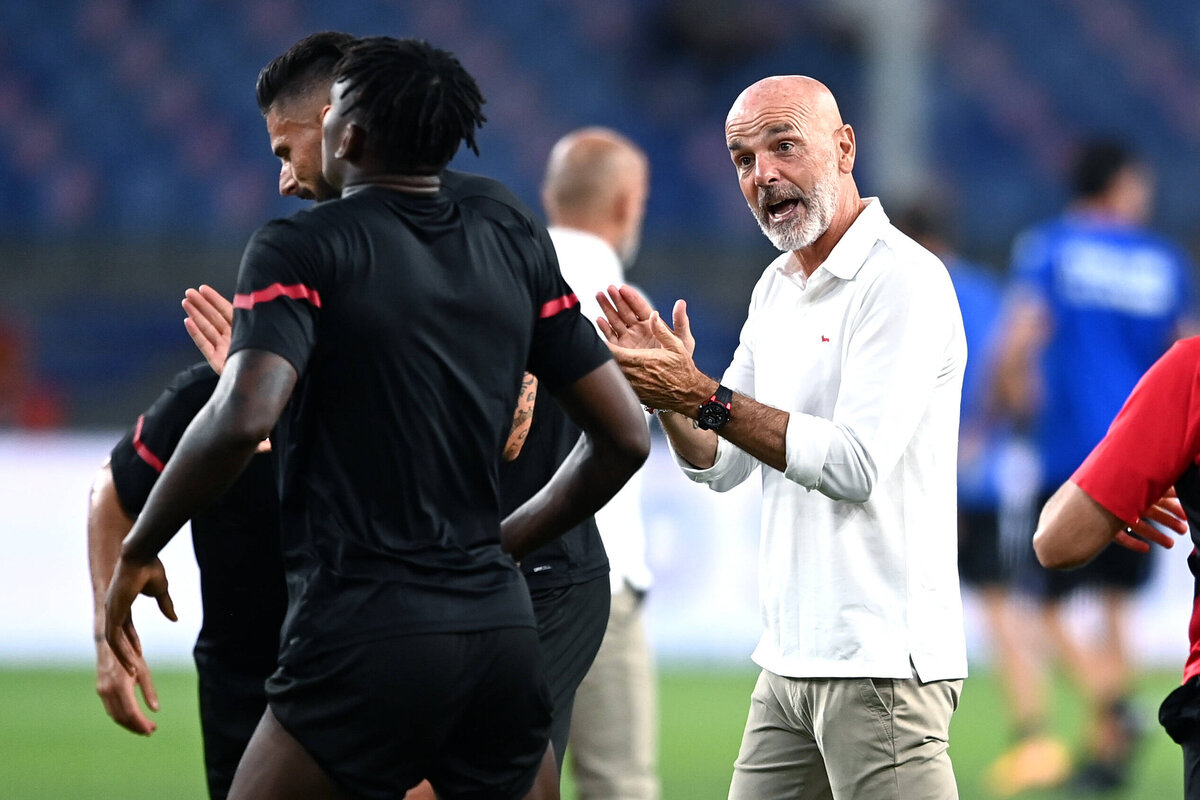 Pioli happy with Milan’s display and hints at three-man backline: “We can grow further”

AC Milan secured their first win of the season this evening as they took on Sampdoria in the opener. Brahim Diaz scored the winner and the Rossoneri did relatively well, although there are a few things to work on.

It was certainly a hard-fought win, there’s no debating that, as the team worked hard until the final whistle at the Marassi. Speaking to Sky Italia after the game, as cited by MilanNews, Stefano Pioli shared his thoughts on the game.

On the match against Sampdoria…

“Sampdoria played a good game in the defensive phase and lowering Diaz gave us the opportunity to build well. I liked the performance and the desire to seek the second goal even if we did not succeed. We prepared well and I was sure that we would be ready and that we would face a difficult opponent.”

“I have always counted on Brahim. I have always considered him a quality player and he is a boy who believes a lot in himself, almost presumptuous but this is good for us. We are a quality group and this can only do well. We can grow further.”

On the strength of the team…

“It was great to meet the fans again, they welcomed us with enthusiasm. We have to keep this spirit. We know many ways to play but it is the spirit that will make the difference. I explained yesterday’s statements to the team and I’m sure we are stronger. Perhaps the adjective ready is more correct, we are more ready but we must be aware that there are strong teams like Inter and Juventus. We had players like Kessie and Ibra missing.”

On the performances of Tonali and Krunic…

“Tonali and Krunic were very good and communicated well. They played a game of quality and quantity. Saelemamekers is a very good player between the lines, he needs to improve but he is a player who has grown a lot and can be decisive. We tried suffering to end the game and this is the right spirit.”

The manager, when asked about the market, somewhat deflected from the question but admitted that he could switch to three men at the back. That is because their captain, Alessio Romagnoli, would be benched otherwise.

“I don’t know how the market will develop. The management is very active and is ready to seize opportunities. I’m very happy with the team I have, I found them wanting to improve, attentive and eager to do well. If a quality player arrives, the more the merrier but we are not bound to 4-2-3-1 or other formations.

“I try to make the most of the characteristics of the players I have available. It’s also a pity that Romagnoli doesn’t play. He’s a very good guy, he’s training very well and maybe I could even play three in defence,” he concluded.

Milan next game will take place at the San Siro on Sunday, as they will host Sardinia side Cagliari. It will be a special clash as the fans will be back at the stadium for the first time since covid-19 broke out.

READ MORE – Brahim Diaz reacts after match-winning performance and insists: “We fight and win together”