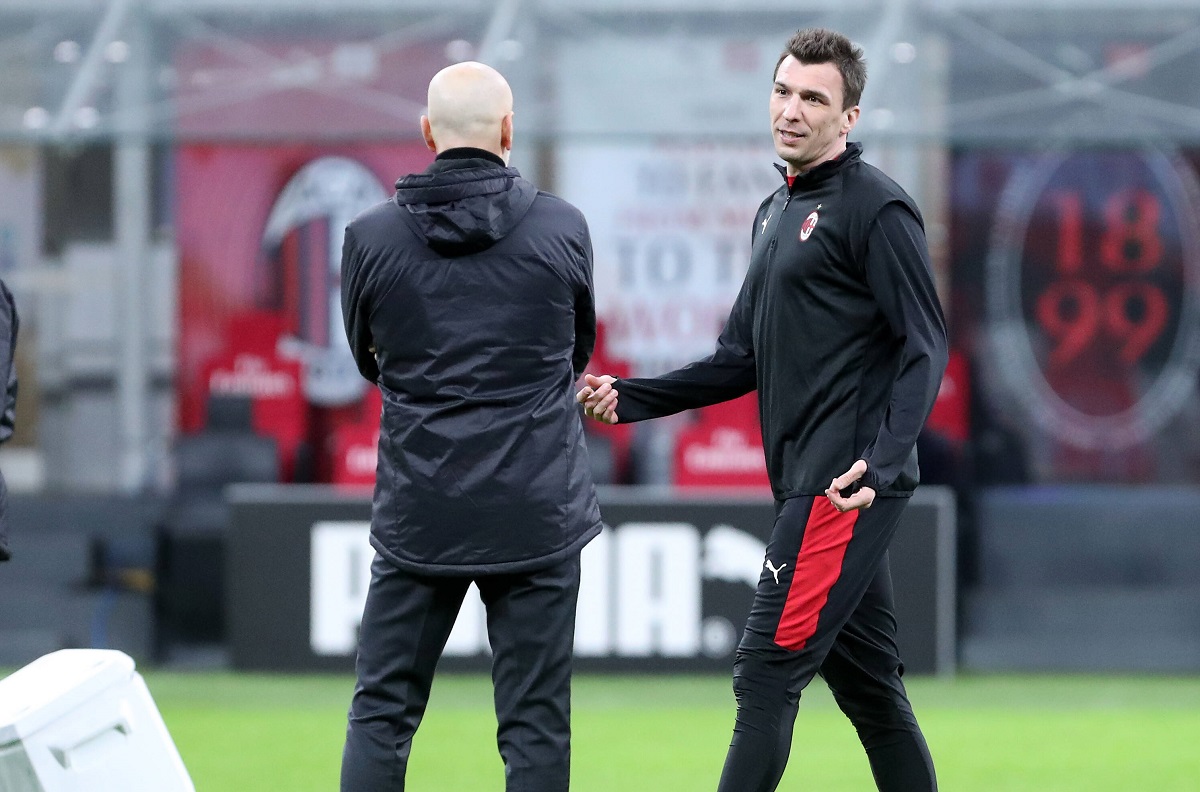 Pioli heaps praise on Mandzukic ahead of Genoa clash: “I have never had any doubts”

Stefano Pioli spoke to the media at the usual press conference earlier today, answering the questions of the journalists. Inevitably, he was asked about Mario Mandzukic who has only just recovered from injury.

The No.9 has played just 158 minutes for the club since his arrival in January, struggling with a few injuries to mark a poor start to his Rossoneri adventure. However, he was back in the squad last time out and could perhaps play a bit tomorrow.

During the press conference, as cited by MilanNews, Pioli spoke about Mandzukic and what he can offer Milan in the final eight games of the season. He didn’t exactly make it a secret that he appreciates the Croatian a lot.

“I’m happy that Mario is fine. He doesn’t have 90 minutes in his legs but he has had a great week of training. He knows how to move very well, rarely making mistakes.

“Mario has suffered a lot from not being available in recent months. He arrived with great enthusiasm. I have never had any doubts about his moral and technical qualities. He will help us from here to the end.

It remains to be seen if Mandzukic can convince the Rossoneri management, as there is a renewal clause in his contract. He’s certainly up against it, with limited time to show that he belongs in the squad.