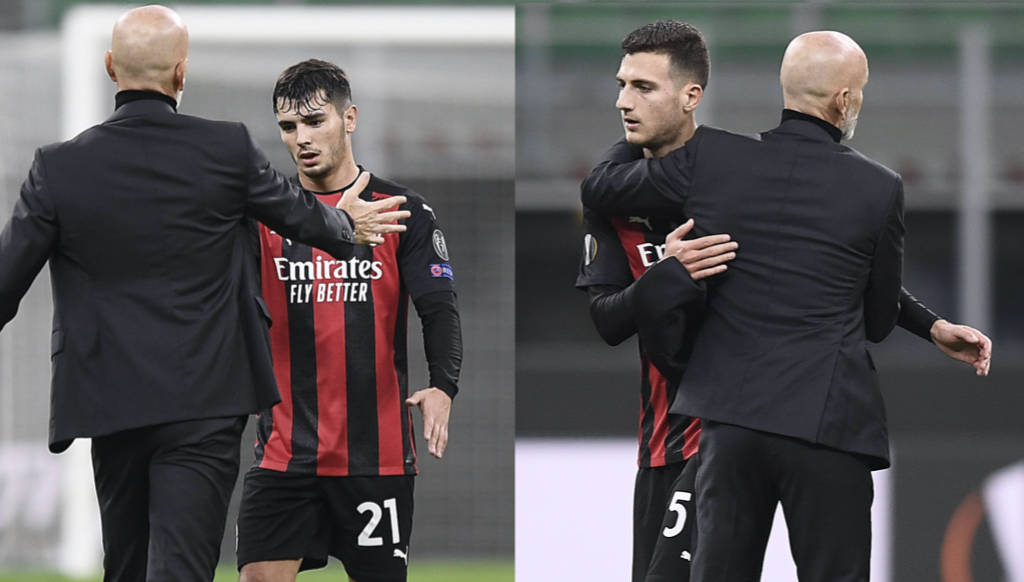 AC Milan head coach Stefano Pioli has admitted that the club are ‘satisfied’ with Brahim Diaz and Diogo Dalot amid speculation about the possibility of making their moves permanent.

The Rossoneri secured a one-year loan deal for Brahim from Real Madrid during the summer transfer window and signed Dalot from Manchester United on the same terms towards the end of the market.

Both made the move to secure more playing time but there has always been the potential that a permanent deal could be discussed if they did impress, and thus far they have done exactly that. Dalot has a goal and an assist in two starts while Brahim has three goals across all competitions.

Reliable journalist Pietro Balzano Prota reported earlier today that Milan will try to find a solution to keep both Diaz and Dalot beyond next summer as the duo are convincing the management with their performances.

Pioli was asked the following question during Wednesday’s press conference ahead of the visit of Lille: “Did you expect this impact from Diaz and Dalot?”

He responded: “They were signed for their qualities and we are satisfied that they were immediately ready. They quickly understood our mechanisms, they are young but with great desire and ambition. As for their future, there are those in charge to think about it.”

CorSport: Pioli to proceed with Tonali-Bennacer for now – Pobega could still depart
26 July 2021, 17:55
Serie A Standings