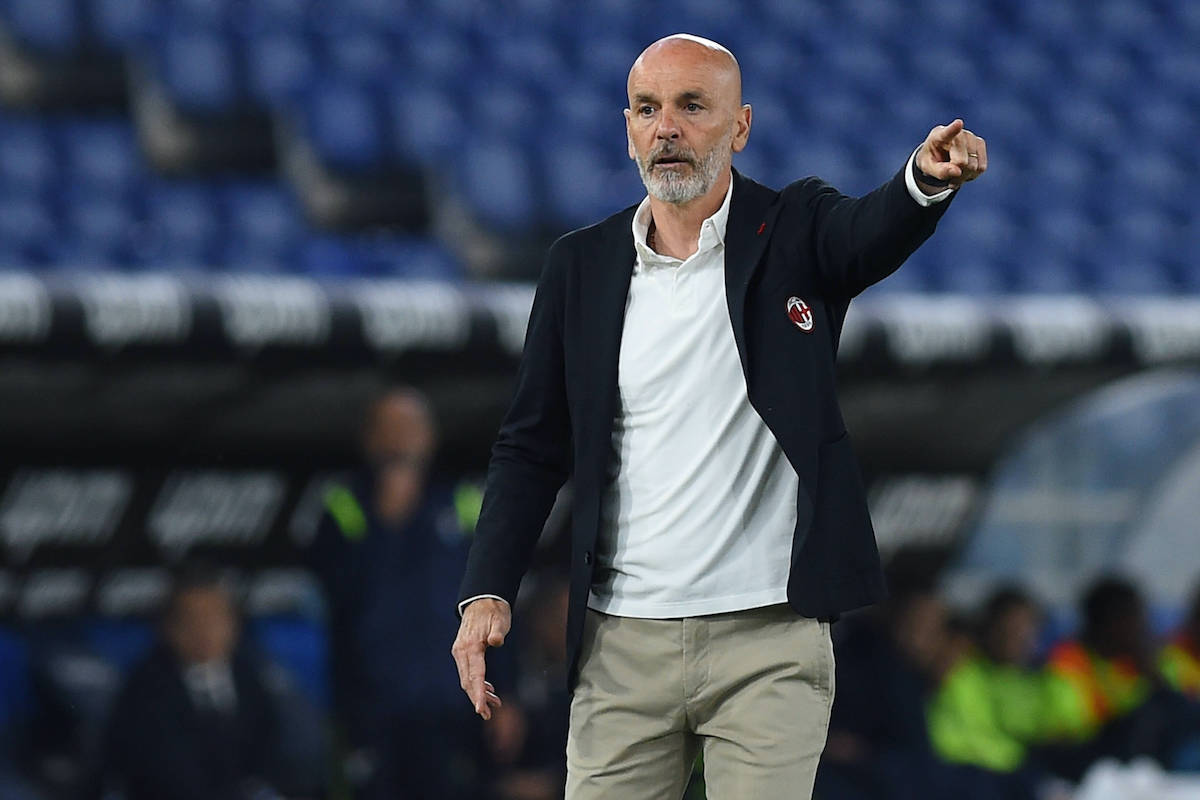 AC Milan boss Stefano Pioli has bemoaned the referee’s decision not to give a foul against Lazio for the second goal as he picked apart the 3-0 defeat.

The Rossoneri suffered potentially their worst defeat of the season so far as they were humbled by top four rivals Lazio at the Stadio Olimpico on Monday night.

Joaquin Correa’s goal 77 seconds in was what set the tone in truth, and Lazio actually had a second goal ruled out just before the break for a marginal offside before they did double their lead just after the interval with Correa netting his second.

The third goal came from Ciro Immobile as he netted his seventh goal against the Rossoneri in the closing stages to cap off a disastrous night for Milan, who are now level on points with Juventus and Napoli.

Pioli spoke to Sky Italia after the game to analyse the defeat, with his comments transcribed by MilanNews and translated below.

“Our opponents were better in the key incidents. In the first half we played better, I expected more from the team, we have the technical and physical qualities to do better,” he said.

“At 2-0 the game became very complicated and I do not see how the one on Calhanoglu is not a foul. He also went to see him again, it is impossible that it is not evident how Leiva takes Calhanoglu and not the ball. We had to do more, now we have to show that we are strong and react immediately, this is a heavy defeat.

“We put Lazio in the area where they prefer, wait and start on the counter-attack. In the first half we had chances where it didn’t take much to score. Not being able to do so shook us a little, then the episode of the second goal it got even more complicated.

“On the first goal we were also in good shape, it’s a situation that is often happening to us in the last few matches. We could have closed the space much earlier, we had to do something more. Then we played the game, then there are mistakes, we have to do our best to finish the season in the best possible way.”

On Ibrahimovic: “We need everyone, Zlatan has been out for many matches and he didn’t want us. He should be available, we’ll see in the next few days.”

On the tactics: “We knew that we should never have stayed 2vs2 against Correa and Immobile, some preventive marking was missing. We knew we were taking these risks, we had to be more careful.”

On the team: “They are disappointed, it was an important game. It wasn’t a bad game but we need to do more and recover immediately.”

On the Champions League race: “It gets very complicated, the opponents run, but we are there and we must not feel sorry for ourselves.”

On the next games: “The team is intelligent and has character, I expect an important reaction.”

On the defeats against Sassuolo and Lazio: “Two defeats have interrupted our journey but we are there, we are fighting against great teams and we have the opportunity to prove that we are too.”