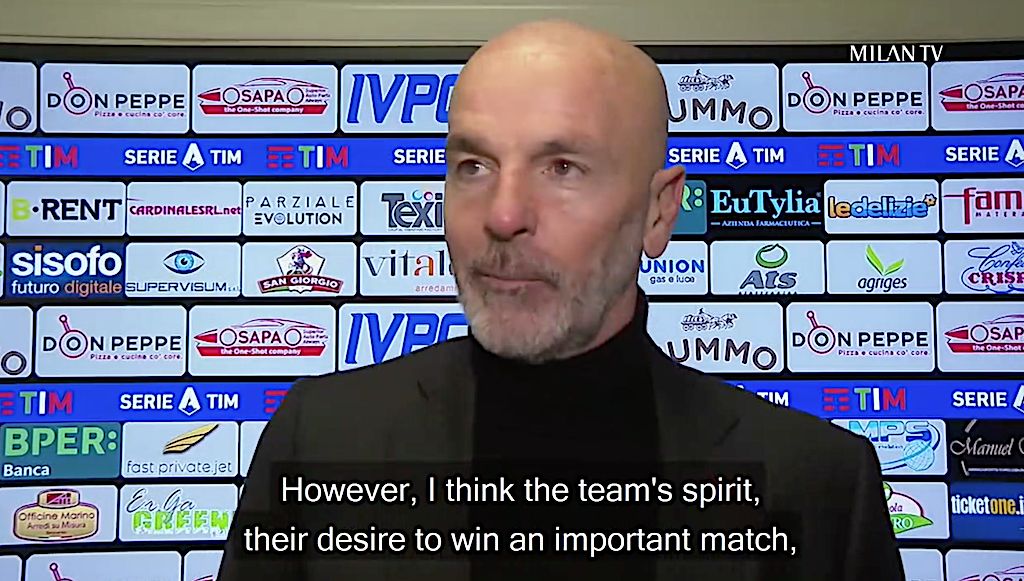 Pioli: “I believe that the growth of the team is in their behaviour on the pitch” – video

AC Milan head coach Stefano Pioli praised his side for their battling spirit in Sunday’s 2-0 win over Benevento.

An early penalty from Franck Kessie gave the Rossoneri the lead before Sandro Tonali saw red for a high challenge, but Rafael Leao’s second-half goal proved to be enough to put Milan out of sight as Gianluca Caprari missed a penalty.

Pioli spoke to Milan TV after the game and began by reflecting on the victory that continues the positive moment that the club are experiencing.

“We knew the difficulty of the match, accentuated by the numerical inferiority because of us. Once again the spirit of the boys and the desire to work rewarded us,” he said (via MilanNews).

“We got an important victory. This was a difficult match and it was important to start the year well and we did it. Now let’s try to recover our energy and prepare ourselves as best we can for the next match.”

On tactical interpretation and team growth: “I believe that the growth of the team is in their behaviour on the pitch. We needed to work hard and make changes but having two players like Rebic and Leao on the field gave us the opportunity to end the game.

“All the games must be interpreted and played at their best and we did it. There was a need to work like this. It was a match of suffering and we were good at suffering.”

On Kjaer’s condition: “Kjaer was fatigued in both flexors and so we replaced him. I think he has no major problems and I hope he is available for the match against Juventus.”