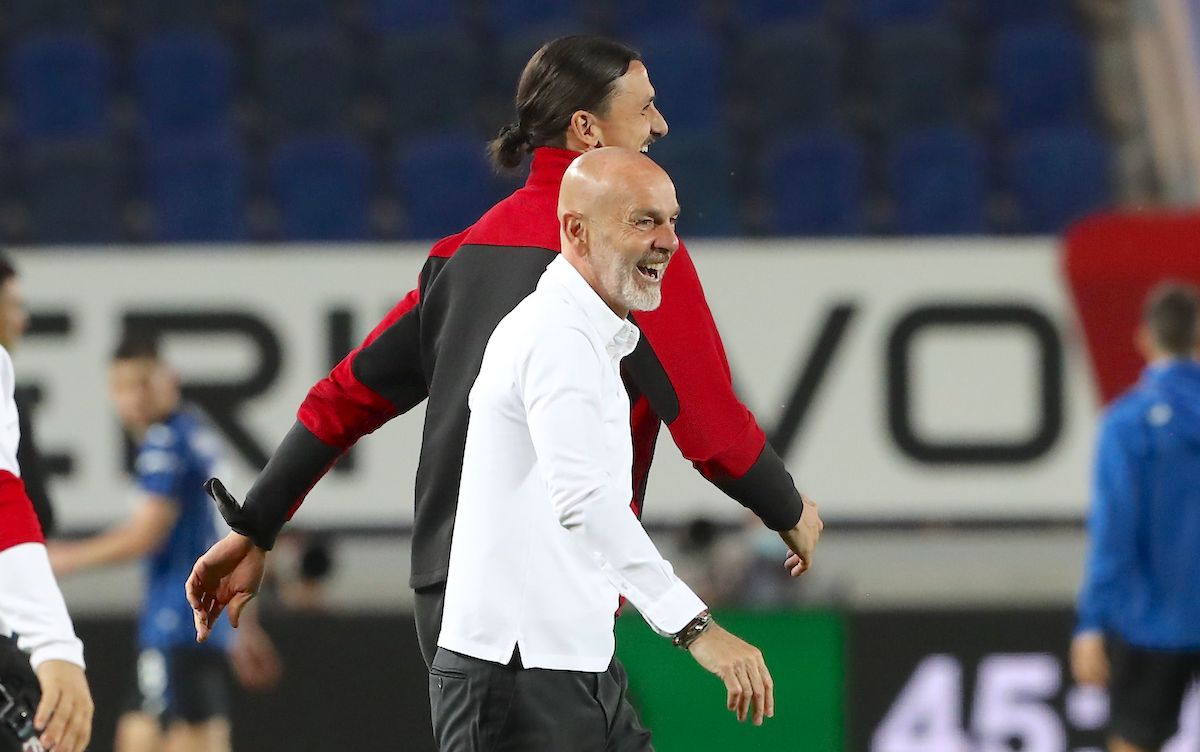 AC Milan head coach Stefano Pioli has admitted he ‘immediately’ found an understanding with Zlatan Ibrahimovic and knew what he could bring to the squad.

The timelines of Pioli and Ibrahimovic at Milan (albeit the second spell for the Swede) are not that far apart as the former took over from Marco Giampaolo in the early part of the 2019-20 season and Zlatan’s return was made official in the winter of that same campaign.

Both have been showered with praise for their role in Milan’s resurgence since that point, including an incredible post-lockdown run that carried on into the 2020-21 season and essentially saw the Rossoneri go from being a team battling for a European spot to fighting for the title, which they are also doing this season.

Pioli spoke during the presentation of Ibrahimovic’s new book ‘Adrenalina’ which discusses his career so far and his return to Milan, with his comments relayed by MilanNews.

How was your first meeting with Ibra? “Very pleasant, I immediately understood who I was in front of. We spoke to each other in a simple way. He told me ‘Mister, you are the boss. I am always available for the good of the team’.”

Is it an advantage to have him? “Absolutely yes. I am fortunate to have a very mature, very attentive, sensitive and respectful Zlatan. He always knows how to say things, even with a very bright tone. But we all know that he does it to improve. When you start from this base, everything is well listened to. Sometimes what a player says is more appealing to team-mates than what the coach says.”

On winning the Scudetto: “My players are doing well, we have to go beyond our limits. We have slowed down a bit lately, but we have the qualities to fight until the end.”

How do you see Zlatan in the future? “He is a very intelligent person, he is top in everything he does. He continues to show it. I was a bit disappointed that you didn’t invite me to Sanremo, I’m a good singer (laughs). When he stops playing, he will surely find the right path, with its ability to always be in the right place will find its way.”

On the ‘Pioli is on Fire’ chant: “It’s a song that the boys started, let’s hope it continues for a long time.”