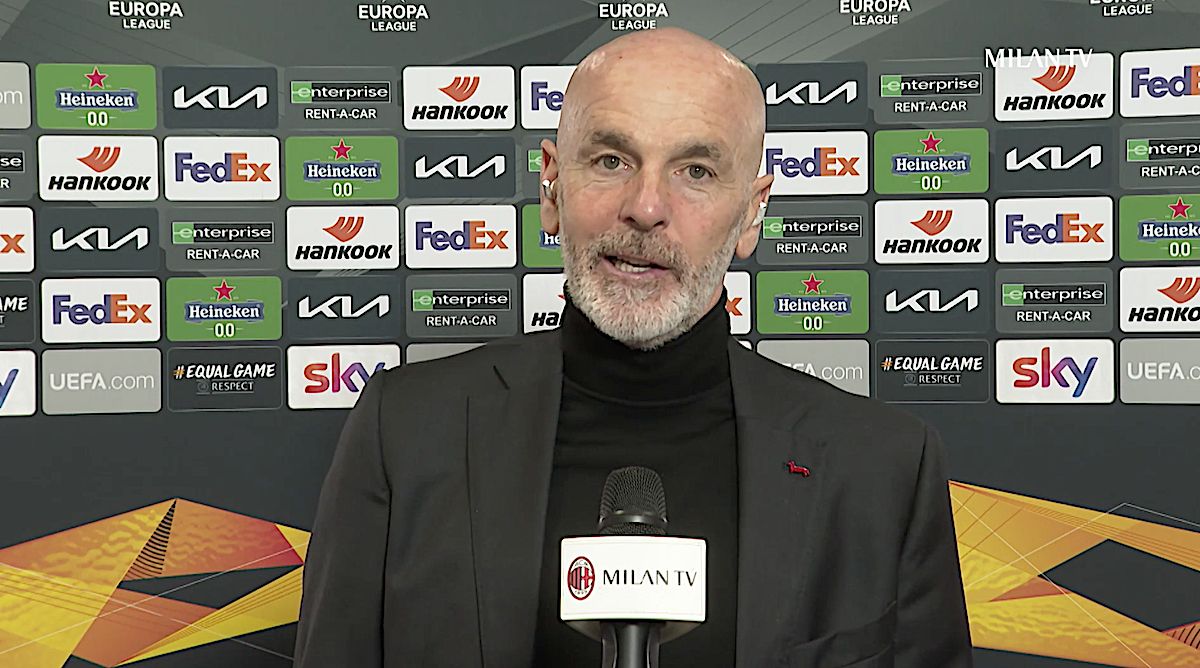 AC Milan boss Stefano Pioli believes that the team did not deserve to be knocked out after ‘two excellent performances’ against Manchester United.

Just like in the first leg there was very little to separate the two sides on the night, though this time Milan had no answer to United’s goal early in the second half as Paul Pogba scored the winner to send the Red Devils through.

Pioli was interviewed by Milan TV at the end of the game, with his comments transcribed by MilanNews.

“Two excellent performances on our part, but at certain levels the errors come at a high price. And tonight we made a mistake that we paid for. I don’t think Milan deserved to go out, but not scoring despite the various occasions and the two goals conceded in that way made the difference. We wanted to go on, sorry,” he said.

The goal conceded: “We didn’t stop playing, we took some more risks. We also had good opportunities that unfortunately we didn’t take advantage of. A pity, we could have gone to extra time and played it until the end.”

On Pogba’s position on the pitch: “We expected it, he often played as a left winger. He’s not a classic winger like Rashford. His position did not create tactical problems for us, then it is clear that the quality and depth of a player like this can create some problems for you.”