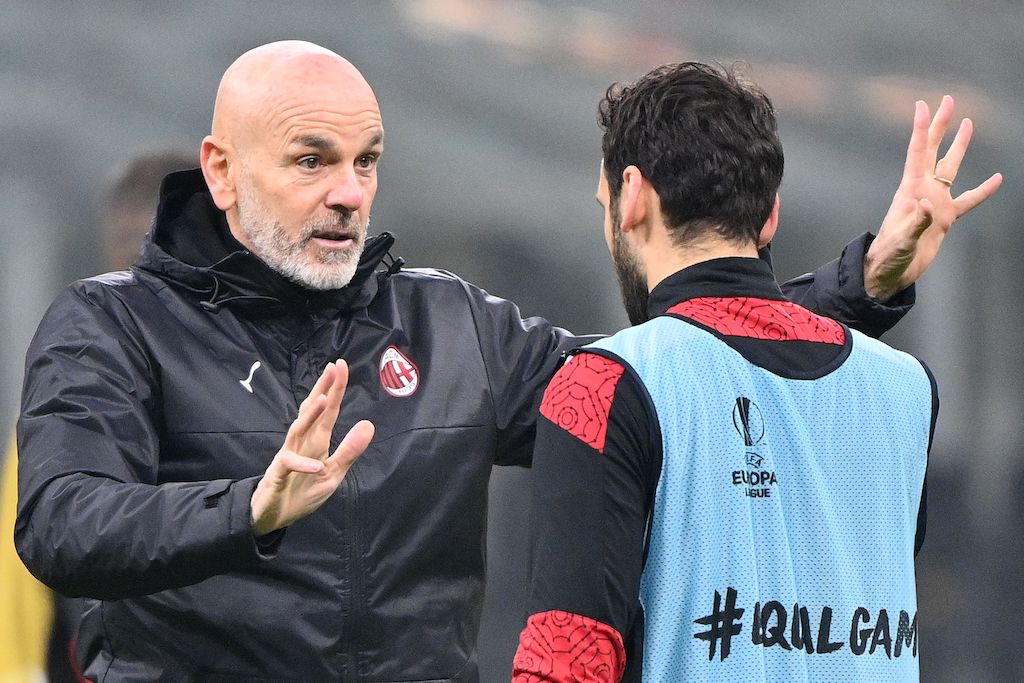 AC Milan boss Stefano Pioli has claimed that Thursday’s comeback win over Celtic is ‘a very important step forward’ for his side.

It was not a straightforward night for Milan at San Siro as they found themselves two goals down inside the opening 20 minutes as Celtic struck through Tom Rogic and Odsonne Edouard.

After the break it was the Jens Petter Hauge show, as the Norwegian scored a fantastic solo goal to make it 3-2 before battling to provide an assist for Brahim Diaz to round off the scoring.

Pioli spoke to Milan TV at the end of the game, with his comments transcribed by MilanNews.

“A very important step forward, a game that will give us interesting ideas. We did not approach the game badly but we made mistakes that affected the game,” he said.

“It is a lesson for the team that must continue to believe and play. We continued to attack and won once again with great quality and heart. These two characteristics will take us far away.

“We honestly don’t think about records but we think about growing, but it’s still a big step forward to recover from two goals down. The desire to battle in an important match with difficulties, also due to Kjaer’s exit, shows that the team is a team and wants to do well.

“I am lucky to have many solutions available, despite the absences. I’m happy that Hauge is showing his qualities, I think he can still grow a lot.

“He has recently joined us, he still has some difficulties with languages, some positions on the pitch for him are perhaps a bit strange but he can still grow. It is good that everyone is ready because we will have many important games to play.”

On securing qualification, he added: “Our goal was to try to win the group, having qualified with one game in advance will allow me to make precise choices. It will be an opportunity for those who are playing less.”

He also spoke to Sky Italia about the game, and again MilanNews presented his comments.

On Ibrahimovic: “He’s an important player even when he’s not playing, as Bonera said he’s a team leader, he made this team grow, he gave him even more competitiveness. We hope he can come back soon, I don’t think he can come back on Sunday, it’s a muscle problem. and you have to be careful.

“It is better to wait for a match and feel good rather than risk it. We are waiting to understand his conditions and those of Leao, we have many solutions, today Hauge, Diaz, Castillejo scored … These are important signs.”

On opponents in the league: “Inter, Juventus and Napoli as squads are stronger than us and they started with different targets. I repeat to the team that we must be ambitious to try to win every single match, we have shown that we have been equal. team can still grow a lot, few of them have reached their maximum, I hope this team can grow even more.”

On injuries. “The worries are injuries, Leao had a problem in the national team, Ibra in Naples, Kjaer will have a muscle problem, we don’t know the extent yet. The temperatures don’t help. We wanted a lot of commitments and we won’t back down, we will be able to overcome even these injuries.”

Mediaset: Calhanoglu annoyed by recent criticism and could decide to leave Milan
8 May 2021, 15:16

Pioli previews ‘stimulating’ Juve clash and admits: “We must make better use of our chances”
8 May 2021, 14:57
Serie A Standings