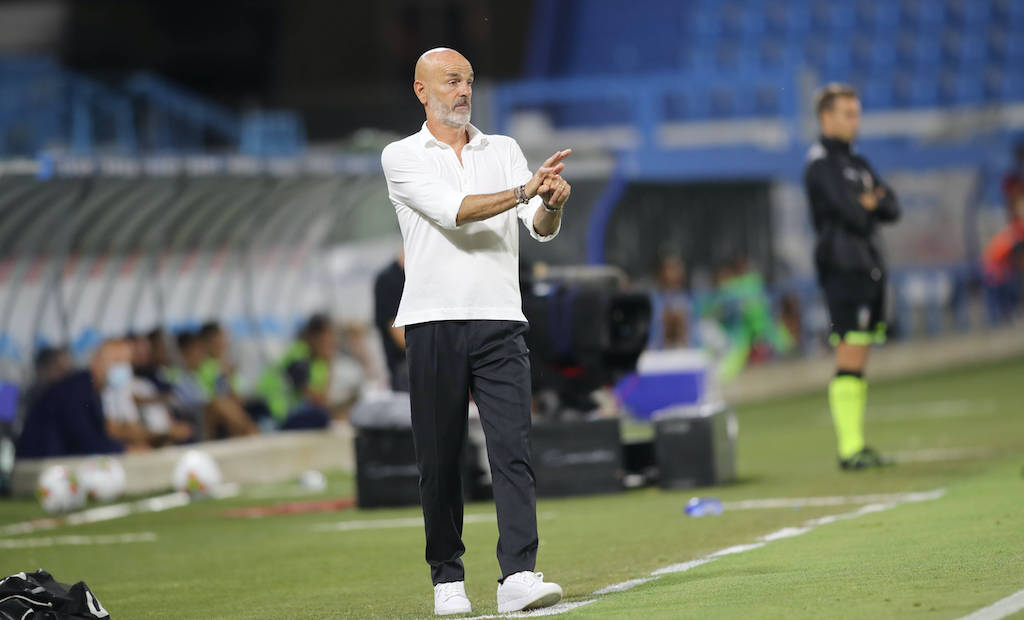 Pioli lambasts Milan for taking a ‘step back’ in SPAL draw: “We needed more attention”

AC Milan head coach Stefano Pioli criticised his team for not being decisive and clinical enough in the final third during Wednesday’s 2-2 draw with SPAL.

Pioli was left to ponder the changes he made to the starting XI, as Davide Calabria and Matteo Gabbia both started on the right side of defence and did not exactly look solid, but ultimately it was simply two points dropped in a wasteful performance.

After the game the Milan boss spoke to Sky Italia, and his words were transcribed by MilanNews.

“It was a step back in the result, we wanted to win, we started well. Unfortunately, at the first dead ball we concede, we conceded only three shots on goal. But there was still all that time, we were not very concrete and decisive in the last 16 meters,” he said.

“We approached the game well, we commanded the game but we needed more attention. We had a reaction of pride but on a technical level we had to do much better.”

Pioli discussed the decision to bring on Rafael Leao at half time and Zlatan Ibrahimovic inside the final half hour.

“Rafael has come on twice, he has scored two goals, he is becoming more decisive. Ibra’s return is also important, even if he is far from the best condition, he will have to find her playing.”

On Lazio, Juve and Napoli: “Three difficult but very stimulating games await us, we have to recover energy and be ready, we have the qualities to keep up with these teams.”

On seventh place: “I hope that at the end of the year our position will be better than seventh place, Napoli and Rome are not far away, we have the goal of improving our ranking.

“Still some limitations prevent us from winning a few games that we should win. Now we think about the next matches and we hope to try to reach the other teams and be worth more than the seventh place. Today we could win, now we will have difficult but stimulating games.”

On the rumours about Rangnick: “I am working with passion and professionalism, I love these players, they are giving me a lot, I do not have the thought and the shadow of another coach, it will be what it will be.

“There are still many games, at Milanello I am happy, we are working well. The choices will be made in the end, I am not anxious and I do not feel like a sacrificial victim, I am proud to train these players.”

On Paquetà: “In my opinion he had a good game, I expect some more decisive play from him, he is a quality player. Today he shot on goal four or five times, sometimes he was unlucky with the deflections, sometimes he was not very precise. He has to work to improve to become a player who wins games.”