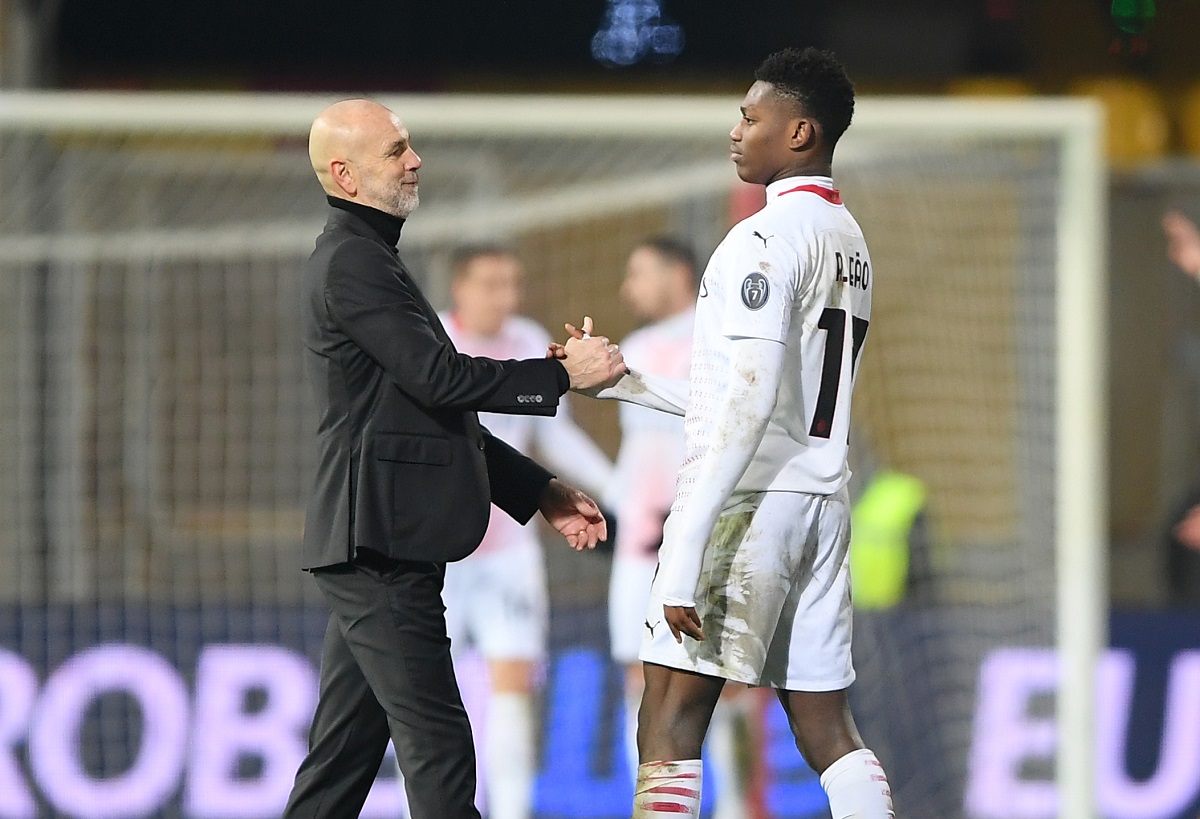 Rafael Leao came off the bench in AC Milan’s clash against Roma and he was one of the best on the pitch. In addition to securing the win with the third goal, he also won a penalty for the Rossoneri.

His performance was electric and in our player ratings – despite playing just 30 minutes – he was given a 7.5, which was the second-highest rating. Indeed, there was no shortage of praise for the Portuguese youngster after the game.

During his press conference earlier today, Stefano Pioli was asked if Leao can reach the heights of Kylian Mbappe. The manager responded with another comparison, stating that the winger remains him of Arsenal legend Thierry Henry.

“He reminds me so much of Henry. I think he has to convince himself and work hard on his head to try to be ambitious. One with his means must think of reaching the top of the world, but talent isn’t enough. He has understood that he has to work in a certain way,” he stated.

Leao isn’t expected to start in tomorrow’s game against Venezia, which is most likely due to the fact that he just returned from injury. There is no doubt in Pioli’s mind that he will be very useful in the second half of the season.