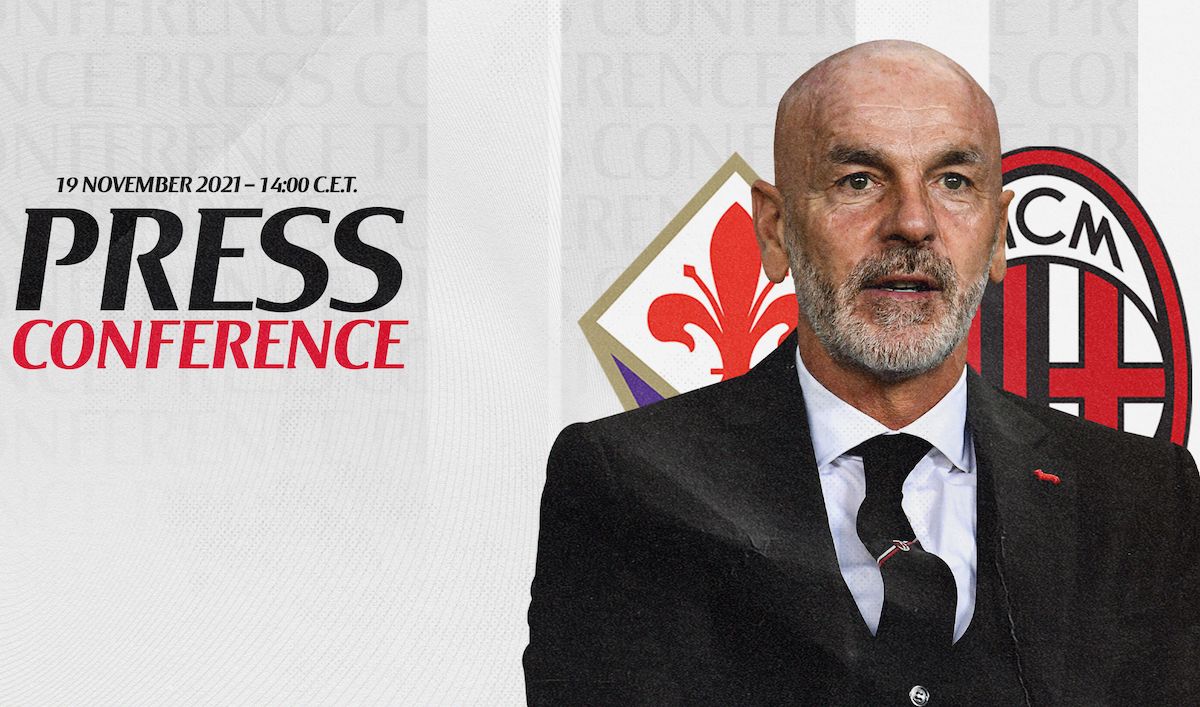 AC Milan head coach Stefano Pioli is expected a tough game from Fiorentina despite their injury problems as he reflected on his time with La Viola.

Milan have had a fantastic start to the season domestically having won 10 of their first 12 games in Serie A, remaining unbeaten in that stretch with the draws coming against Juventus and Inter. They have struggled in the Champions League where they have just one point from four games, but the focus now is very much on the trip to Florence.

It is a different kind of game for Pioli given his past at Fiorentina, where he was the head coach when Davide Astori tragically passed away, helping guide the club through a very difficult period  having been incredibly close to the player.

On Saturday he will again return as an opponent of La Viola, and he spoke to reporters who gathered in the Milanello press conference room ahead of the trip, with his comments transcribed by MilanNews.

What are you expecting from Fiorentina tomorrow?

“I am always wary of teams that seem to be in difficulty due to absences, it has happened to us too and we have always found more energy. They have a precise identity, he is a difficult opponent.”

What do you think of Vlahovic?

“He has grown a lot, I trained him and already showed he was good. He is a very strong forward.”

“The team is fine. Sorry for Calabria, he didn’t want to miss it since we have so many games. Rebic hit his heel in training and felt a pang. He won’t be in the match tomorrow.”

How was the break?

“We worked with those who did not go to the national team. Apart from Calabria, those who left have returned well. I have many strong and mature players. I saw a team immediately concentrated, the team is preparing well.”

“I hope to get him back soon. We have many games, we play every three days so he’ll miss some matches. He was fine, it’s a real shame. But these things happen. The game block that awaits us between now and Christmas must be faced in the best of ways.”

Milan are doing well both at home and away this season. Why is that?

“It is important for a team to play the same way at home and away. If we have a similar schedule it means that we are on the right path. Tomorrow we face a strong opponent, but we have our qualities and we will do everything to win.”

How is Leao after the international break?

“He only played for half an hour for the national team, I’ve seen him well since he returned.”

What do you think of Fiorentina boss Vincenzo Italiano?

“Italiano has always done well, he is an excellent coach. He is young, but with clear ideas. He is doing an important job, giving identity to his team.”

What coach were you during your time in Florence?

“I am thinking a younger coach, with less experience. I had a good time in Florence, it will never be a normal match for me, even in memory of Davide Astori.”

“I saw him well. In the derby his performance was judged only for the episode of the penalty, in which he could certainly have done better, but then he did well. He came back well, in midfield they are all fine. Then I will decide who to play.”

How do you choose between Ibra and Giroud?

“The first evaluation is the condition, who is better off plays. And then of course I also choose based on the opponents, which I do for each position. Until yesterday I had two players per position, I could close my eyes and choose, but then it was Rebic stopped. In defence now Kalulu and Florenzi are playing for the place.”

“Awareness has improved: a more convinced player is a more performing player.”

At what point is Florenzi’s growth?

“I never put him full-back because Calabria and Kalulu were doing well, while I had only Saelemakers in front. Florenzi is growing, he is close to the optimal condition, where he can increase the minutes.”

What game do you expect from Fiorentina?

“Fiorentina are a team who like to play the game. We will have to play a very lucid and excellent game from a tactical point of view.”

“He is much better, I am happy with his return to the team. He is showing me interesting things. He is not at 100% yet, but he can already give us something important.”

At what point is your renewal?

“This is not the time to talk about my renewal, when the time comes you will know. We only think about tomorrow.”

Do you want a quantum leap in concentration?

“Yes, my players know very well which opponent we are going to face tomorrow. We are in an important moment in the season. Wins always bring three points, but tomorrow’s game is important. The players are concentrated and ready for tomorrow.”

What match will it be tomorrow?

“We always want to command and control the games. Then there are the opponents. Tomorrow we will have to be good at unmarking ourselves and taking advantage of the opportunities.”

How heavy is the absence of Calabria?

“Each player has his own characteristics that are useful to the team. With Kalulu and Florenzi we have the right alternatives.”

Can Messias give you new solutions?

“He has different characteristics from Saelemaekers and Diaz. He is a southpaw, we don’t have many left-footed forwards. He will give us new solutions. He needs to play, he has the qualities to give us something new.”

READ MORE: Milan and Shevchenko’s Genoa probe over Atalanta playmaker ahead of January