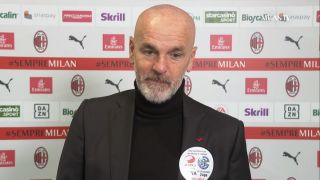 Milan suffered only their second defeat of the season last night as Atalanta put three goals past Gigio Donnarumma. The Rossoneri didn’t even get on target and thus ended a 38-game long run of scoring.

Stefano Pioli wasn’t happy with his team’s performance, as you would expect, but he also highlighted that the game was balanced before two crucial mistakes. The first being Pierre Kalulu’s marking on Christian Romero, and the second being Franck Kessie’s foul.

In an interview with MilanTV after the game, the manager stated that: “It’s a shame that we conceded the first two goals as we did, because with a bit more attention we could have avoided them. I believe that until those incidents, the game was balanced.”

READ MORE: Milan deservedly winter champions and need to make the most of heavy defeat