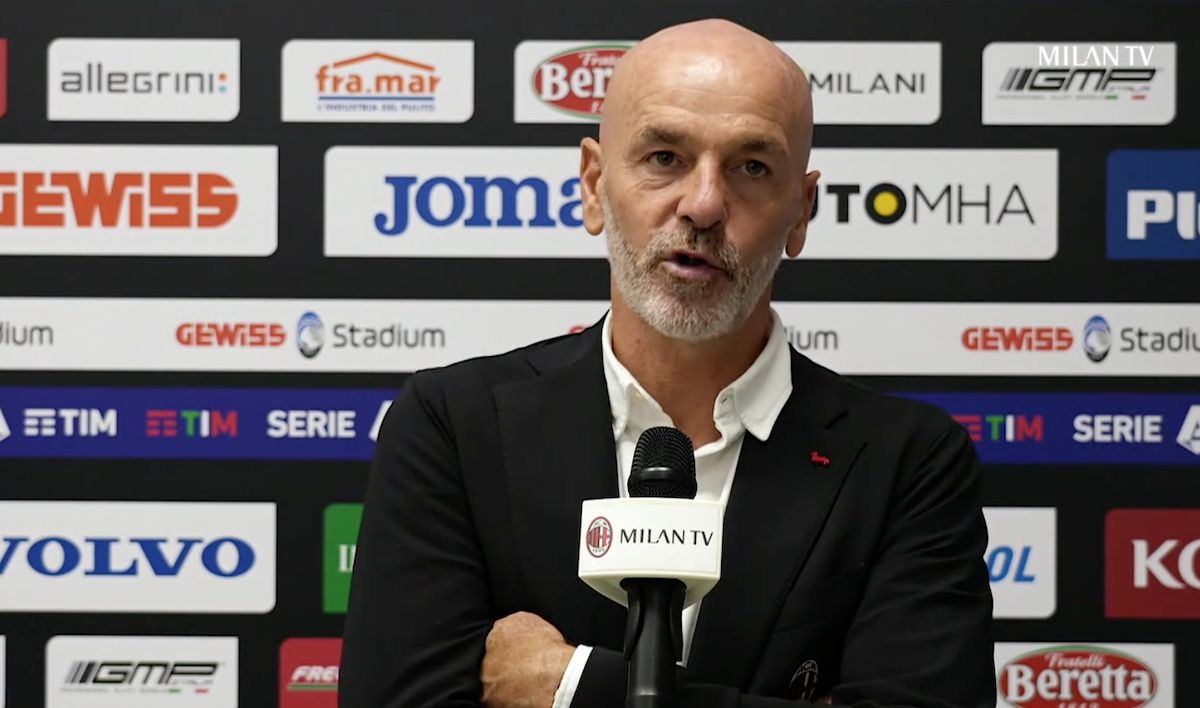 Pioli believes Atalanta win is a sign of progress and defends Kessie: “I know Franck’s worth” – video

AC Milan head coach Stefano Pioli congratulated his players for coming away with a win against a ‘strong opponent’ after their seventh game in 20 days.

In truth the 3-2 scoreline actually flattered the home side as Milan raced out to a 3-0 lead thanks to goals from Davide Calabria, Sandro Tonali and Rafael Leao, with a Cristian Zapata penalty and a late Mario Pasalic strike making the margin look less comfortable.

Pioli was interviewed by Milan TV at the end of the game and offered a reflection on the result and the performance, with MilanNews conveying his comments.

“We knew it was complicated, it’s nice when you prepare in a certain way and the game goes in that direction. I have to congratulate my players, it was the seventh game in 20 days. A heavy win against a very strong opponent. Playing so well against a high level opponent means we are growing. We had never played so well against Atalanta,” he said.

On Kessie: “His performance was judged more by his contractual history. I know Franck’s worth, he must not confuse us and he does not confuse me. Up until now he wasn’t in the best condition for obvious reasons, but he’s a strong player. I don’t have 11-12 starters but I have a lot of them, there is competitiveness.”

On Zapata’s foul on Messias for Atalanta’s second goal: “I was sorry, but it went well and that’s okay. Those in charge will see the situations in which they could have decided better.”

On Tonali: “He has to grow a lot, he has incredible means. We are talking about a 21-year-old boy who has a world ahead of him of footballing maturity. Everyone must continue with this attitude, always putting the team in front, and if we do this then we can continue to grow and become even stronger.”