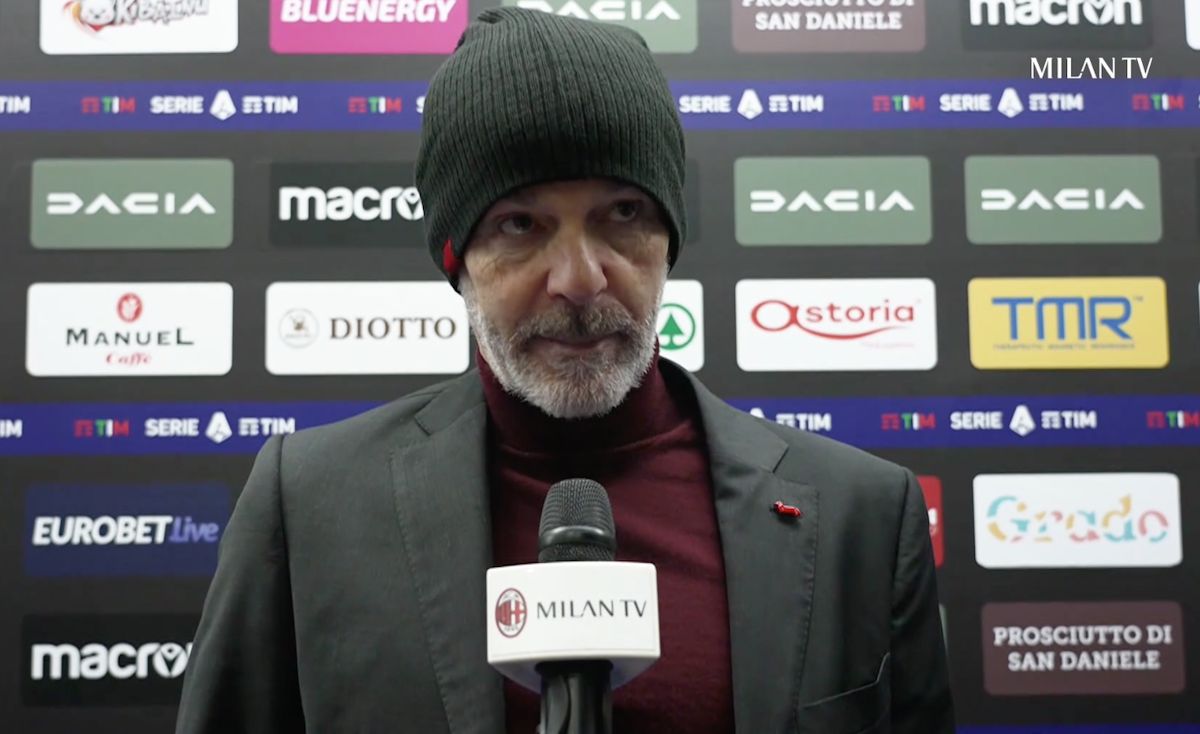 Pioli criticises his side for ‘evident’ mistakes and names what Milan needed more of vs. Udinese – video

AC Milan head coach Stefano Pioli has admitted that his side were far from at their best during last night’s 1-1 draw against Udinese.

It looked for a long time as though the Rossoneri would leave the Dacia Arena empty handed as they struggled to respond to Beto’s opener, but Zlatan Ibrahimovic scored in the second minute of time added on at the end of the 90 to ensure the shares were spoiled.

Speaking to the microphones of Milan TV, Pioli reflected on the performance from his side, with his comments transcribed by MilanNews and translated below.

“We definitely needed more pace and more precision in our possession game. We gave them a goal and then the match was more difficult,” he said.

“They had an organised defense and we didn’t have any speed in moving the ball. We created some chances, it’s not a moment in which we can capitalise but on the contrary we need more chances to find a goal.

“Certainly in the last 4-5 goals conceded, our mistakes in the exit phase were too evident. These complicate already complicated matches against physical and difficult to face opponents. We will have to make fewer mistakes in our disengagement.”