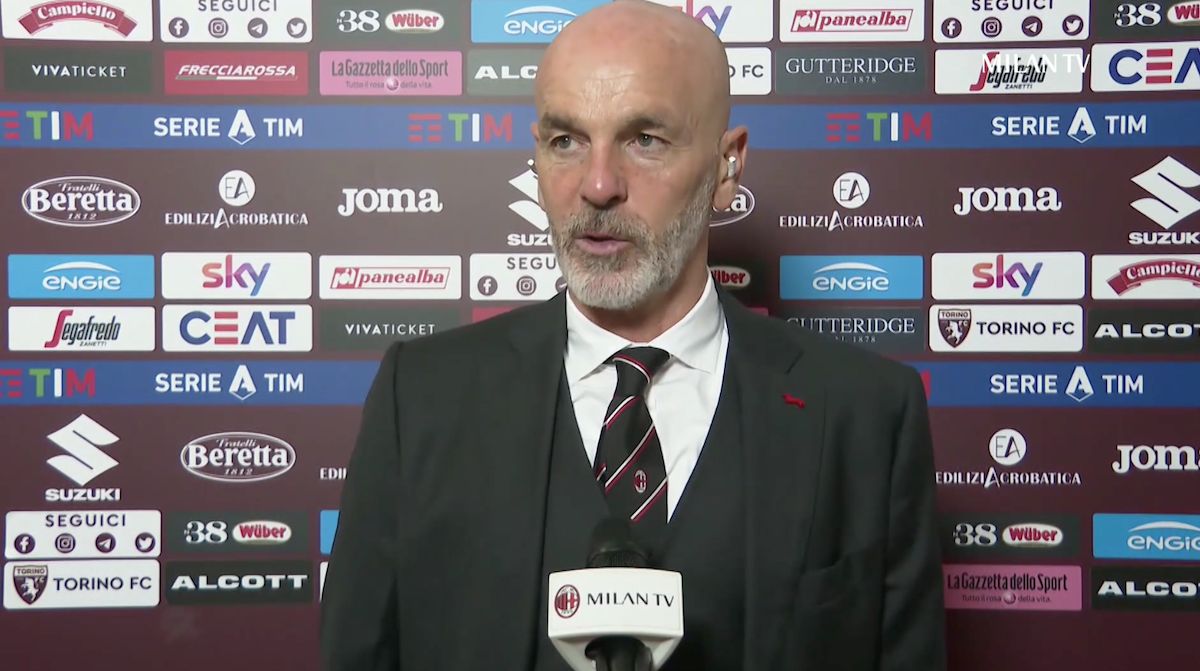 AC Milan head coach Stefano Pioli had nothing but praise for the attitude of his team after their 7-0 drubbing of Torino last night.

Milan were 2-0 up at the break thanks to Theo Hernandez’s rocket strike and a penalty from Franck Kessie, but that was the calm before the storm. The Diavolo were 4-0 up just after the hour as Brahim Diaz scored and Theo got his second, before a 12-minute hat-trick from Ante Rebic made it 7-0 and completed an astonishing victory.

Pioli spoke to Milan TV to analyse the game, with his comments transcribed by MilanNews and translated below.

“Thinking of being able to win a match with such a clear result is difficult, but we wanted to put in another performance of quality, determination and of concreteness. We have passed two very difficult and demanding business trips with flying colours. Now we have to grit our teeth because we have not accomplished anything,” he said.

On the match: “It testifies that it is not the opponent’s attitude that changes the result, but our performance. We move a lot without giving reference points. We have the qualities to be dangerous all the time. I have the feeling that we have grown, the team is mature not only mentally, but also in reading the situations. It is a path that we had to accept, just as we had to accept the ups and downs because a year and a half is not so much to build a football team. Now satisfactions arrive, but now we have to reap the fruits of our work.”

On the maturation of the team: “They were two very insidious and important away matches and we managed them mentally: this testifies to the growth and maturity of the team.”

On the team attitude: “If we can put aside individualism and selfishness, preferring to aim for the good of the team, you can see the attitudes seen today. I train a very strong group and strong players, they have to convince me that they have to play and they are doing, accepting the choices with great respect. You can also have that face there, but when you come in you have to give your all for the team. This is the best thing and it is also very rewarding for a coach.”

On Brahim Diaz: “His condition is growing, it is useful to exploit this in the season finale. Brahim is doing very well, but Brahim’s choice is due a lot to the fact that I wanted Calhanoglu on the left to have a more compact team in defensive phase; with Benevento we had done very well with the ball, worse without. Believe me: that was the most important choice.”