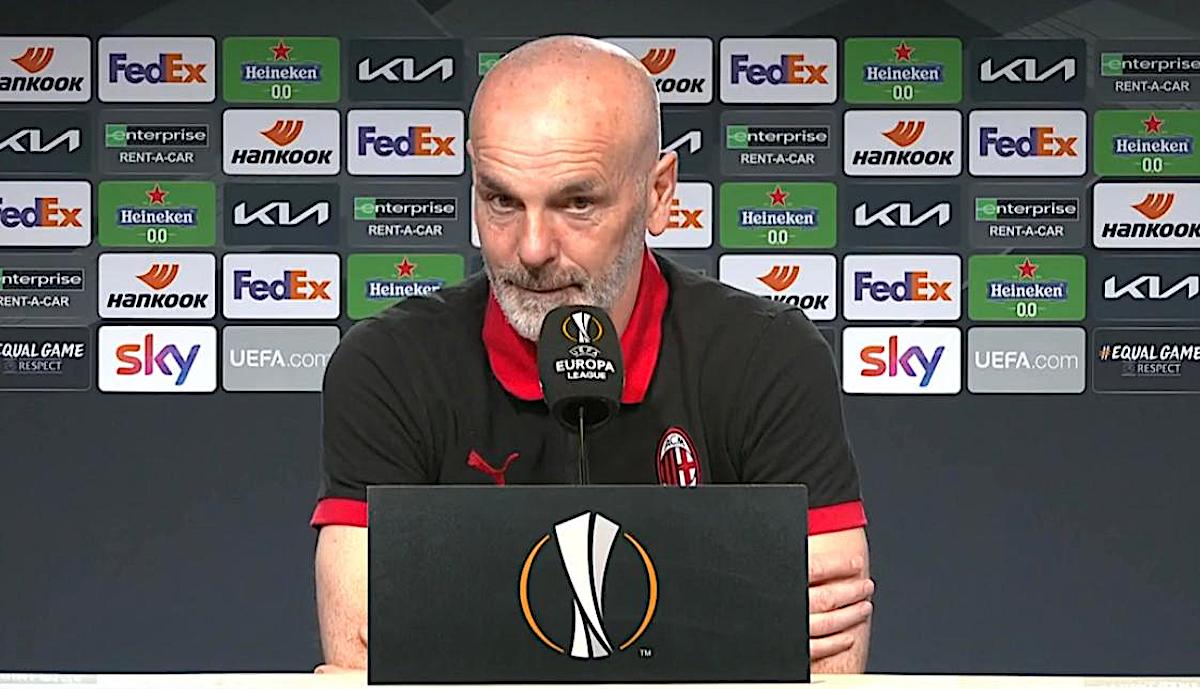 AC Milan boss Stefano Pioli believes that it will take another excellent performance from his side to beat Manchester United and reach the quarter-finals of the Europa League.

The first leg took place at Old Trafford last Thursday and ended in a 1-1 draw, as a header from former Atalanta winger Amad Diallo opened the scoring for United just after half-time but a last minute header from Simon Kjaer gave the Rossoneri a valuable away goal and a draw to bring back to San Siro.

The visitors are in good form having beaten Manchester City and West Ham United back-to-back in the league without conceding in what were two huge games for their top four chances.

Pioli’s spoke to the reporters who gathered at Milanello on the eve of the return leg against Manchester United, with his comments transcribed by MilanNews and translated below.

Regardless of how it goes tomorrow, has it been a positive Europa League campaign for Milan?

“All the games we have played have made us grow. Tomorrow the important result, we want to qualify. We have passed many steps to get here, now we want to win.”

How are the injured players?

“Ibra and Bennacer will be available, I’m happy with their recovery. For Calabria, Rebic, Leao and Romagnoli the next few hours and tomorrow morning’s session will be decisive. We’ll take a few more hours before deciding.”

How difficult will tomorrow’s game be given United’s excellent performance away from home?

“There will be many difficulties tomorrow, they are very strong. They have not lost for a long time, we will have to play with quality, personality and rhythm to win.”

“We’ll see the choices we make. Obviously, he can’t have the 90 minutes in his legs, but it’s an important comeback for us. His arrival and that of Kjaer have improved the team from the point of view of personality. We have grown a lot with them.”

Given his performances in Sanremo, is Ibra better as a player or as a conductor?

Do you worry about absences?

“The more choices I have, the better. I don’t mind, let’s see who will be there tomorrow. However, we have shown that we can do well even with absences.”

Is Ibra or Cavani better?

“Ibra is a champion. I have never coached Cavani, he is a great player, but I hold on to Ibra.”

Donnarumma, Theo and Rebic appeared a little nervous against Napoli…

“These are things that can happen, even if it would be better if they didn’t. It was a hard-fought and nervous game, we have to learn to be more playful.”

How do you approach a match like this? What do you expect from United?

“It’s difficult to make predictions, in Manchester they were aggressive and we came out with good ball possession. The result of the first leg cannot affect our game, we can’t manage anything but always be dangerous.”

What do you think of the negative results of Italian teams in Europe?

“The latest results say this, even if last year Inter and Roma did well at the end. In Europe we play with more rhythm and quality, we played in Manchester with pace and quality on a perfect turf, while in Italy it is difficult to find fields like this. We are a little behind on everything, in Italy we have to improve a little in all sectors.”