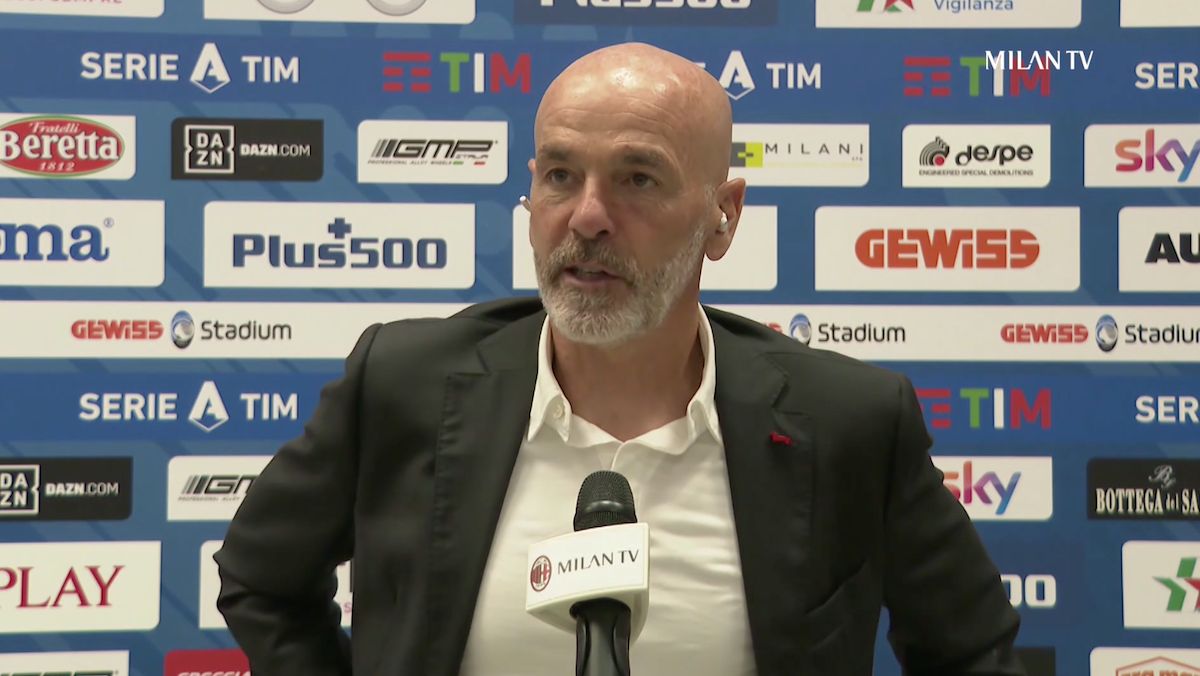 AC Milan head coach Stefano Pioli showered his team with praise after they beat Atalanta to reach the top four, and also named the turning point of the season.

Milan ensured that they will be playing Champions League football for the first time since the 2013-14 season with a colossal 2-0 win over Atalanta. The Rossoneri went into the game knowing that only three points would guarantee a top four spot, with Juventus and Napoli facing favourable games against Bologna and Hellas Verona respectively.

Pioli spoke to Milan TV after the game, with his comments transcribed by MilanNews and translated below.

Was it a perfect match and day?

“It is certainly the perfect day. The emotions that the fans give us, when they have shown us they believe in us, can be seen. We have repaid them and it is right that the season ended like this because Milan deserved to go to the Champions League and finish second. We played a game of generosity, determination and sacrifice and we were the authors of a great performance. I’m happy for everyone who works for Milan, for the players and for my staff who have lived with me this fantastic year.”

A judgment on the season and on what was the turning point: “It was a difficult season. We played a game every 4 days and it is normal that we experienced a decline. The victory with Juventus gave us the conviction that Sassuolo and Lazio had taken away a little from us. The real game of the turning point. It was tonight. We thought: ‘Does it change our life or not to finish fourth or fifth?’ We understood that it changed us and then we took the field with great determination.”

On the celebration in the centre of the field: “We celebrated on the pitch between us but we would have liked to celebrate with our fans. In fact, at the end of the game, we went under the curve where the fans would have been and we celebrated with them from afar. We have not done anything yet and we can grow further a lot. Now we celebrate but then we will think again about how to grow.”

On the tactical preparation of the match: “It is clear that we had to prove a lot. It was a final, especially for us. We were good at keeping the game in balance and taking advantage of every little opportunity. We prepared the game in a certain way and it’s nice to see when a strategy works.”

On closing a circle: “Winning definitely changes. In these days I have repeated that this game was not just the end of a season but of a whole year and a half. When we lost that game 5-0, we made great progress and it was nice to show how much the boys are. they have grown individually and collectively. These guys have a big heart.”