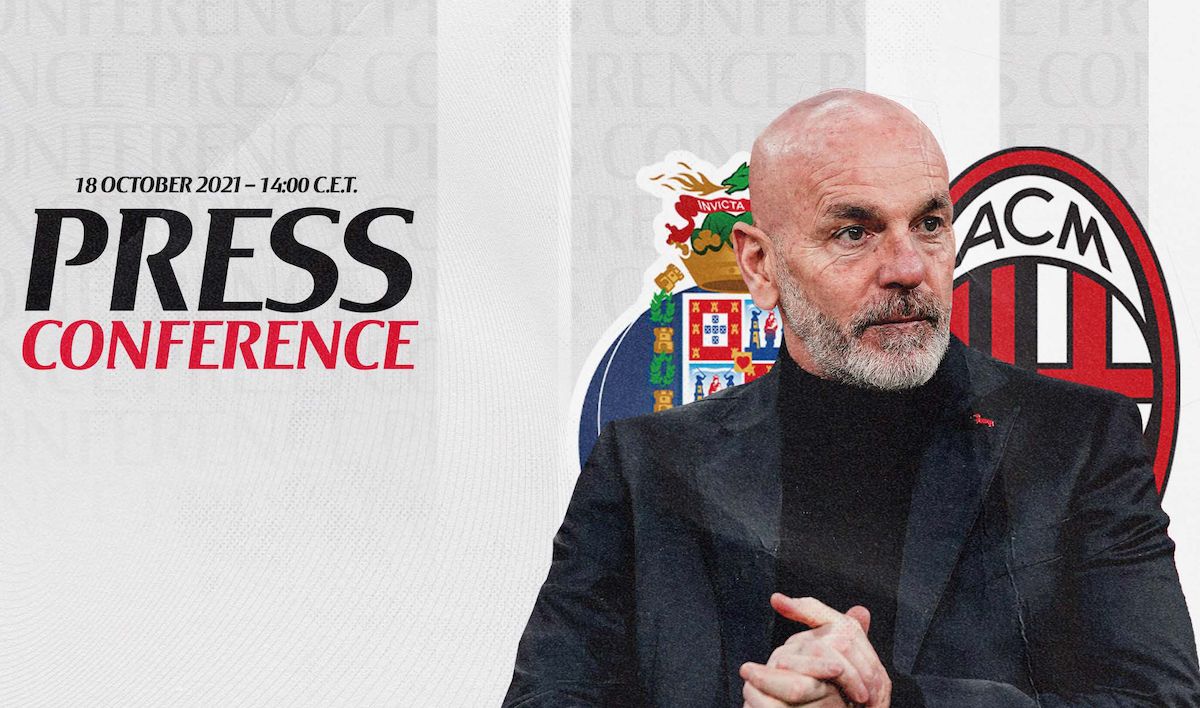 Milan have a tough ask to qualify knockout stages of the competition having lost their first two group games, with the first being 3-2 defeat at Anfield against Liverpool where the team led at half-time but emerged empty-handed, while they also led against Atletico Madrid at San Siro before a dodgy red card and an even more dodgy penalty gave the Spaniards three points.

They head to Portugal knowing that three points are almost a necessity while they will hope that Liverpool beat Atleti so that the gap can begin to be bridged ahead of Porto’s visit to San Siro in the fourth round of group games.

Pioli spoke to the media during his pre-match press conference ahead of tomorrow’s Champions League game against Porto, and MilanNews relayed all of his comments which we have translated before.

Are you expecting a more technical or a more physical match tomorrow?

“Both things. We face a solid opponent, compact, with fast attacking players, a trained coach, a prepared team. It will be a match that will present difficulties typical of high-level matches.”

How did you prepare?

“We have studied Porto well, we have prepared our strategy, hoping it will bear fruit.”

“He is better, but on Saturday he played for 15 minutes. He will be able to increase the minutes, but I don’t think we have much more in our legs.”

“He’s fine, he’s back in good condition and he’s ready to play tomorrow.”

Can Krunic be a starter?

“Yes, he and Daniel Maldini are playing for the starting shirt. Rade has entered well against Verona. When there is an injury it takes a while to get back to 100%, but they need to be played. Rade is fine: he can play either from the beginning or to the game in progress.”

How do you think the clash between Pepe and Ibra will go?

“They are two temperamental players. For us it is important to have Ibra in good condition, then he is ready to face any opponent.”

Who from Porto most scares you?

What is missing to become great again?

“There is a long way to go back to greatness, but we are on the right path. There are still many steps to overcome, like tomorrow’s. The team wants to finally reach a positive result in the Champions League.”

What have you worked on to do better in the Champions League?

What impressed you the most about Leao?

“He is more aware of his qualities and is more into the game. He has great potential, he is doing very well but he can do even more.”

What relationship do you have with your players?

“Ours is a mutual work: I try to make them improve and give them everything. I try to prepare them in the best possible way, then it is they and their attitudes that make the difference. We must grow together.”