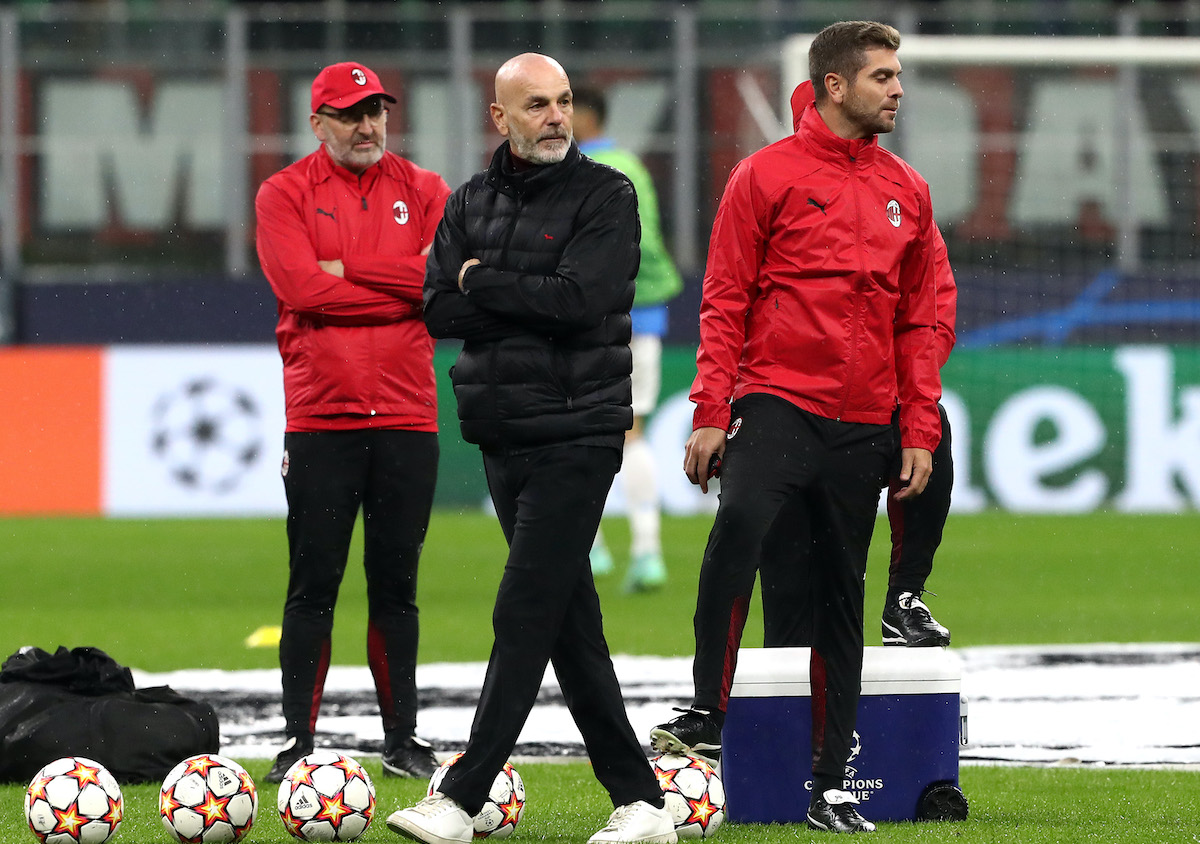 AC Milan head coach Stefano Pioli conceded that his side should have done better in the first half against Porto, but insisted the Rossoneri are ready for the derby at the weekend.

Milan went into the game knowing they needed to get their first win on the board to stand a real chance of progressing to the knockout stages but it didn’t come. The Rossoneri were outfought for the opening 45 minutes and trailed to a Luis Diaz goal but Pierre Kalulu’s deflected effort did level the game in the second half, though a winner never came.

Pioli spoke to Amazon Prime Video after the game to reflect on what was a real battle for Milan and one where they did not emerge with the win they needed to keep their European hopes alive.

“We could have done better. We lacked clarity in the choices in the first half: with tall opponents we had to dribble less and seek more depth and when then we made a mistake technically. For the second half I can’t say anything: the team showed determination and we did better,” he said (via MilanNews).

Do Milan deserve to go through?

“To deserve it you have to win the games. Porto are a strong team, the level is very high. In some situations we weren’t as continuous as we should have been for 95 minutes.”

What position should Leao occupy?

“He has to alternate with Theo, sometimes occupying the width and other times the centre. Too many balls, however, were not precise. The boy is growing, but he still needs to expand his knowledge, especially in the choices he makes,” he said.

“I had to throw him in, Rebic’s injury took away my chance to let him rest. Porto have always played a day before us: in a period in which you play 7 games in 21 days, even one more day of rest makes the difference.”

What happened in the first half?

“Merit of Porto and our demerit. We had to pretend to go one side and then go to the other, but we let them guide us. In the second half we got better and their intensity dropped: we could carry the ball and try, when there was their high defensive line.”

What signs were there in view of the derby?

“The signs are positive, the team is fine and we are sorry: we wanted the first victory. We have time to recover: the derby gives you energy. It will be a very difficult match: Inter are the favorites for the title. It is a high-level game and we have the opportunity to play it. Now I’m going to see the Inter game.”

READ MORE: Kalulu rues missed opportunities in Porto draw – “We had chances, but we also lacked a bit of luck”