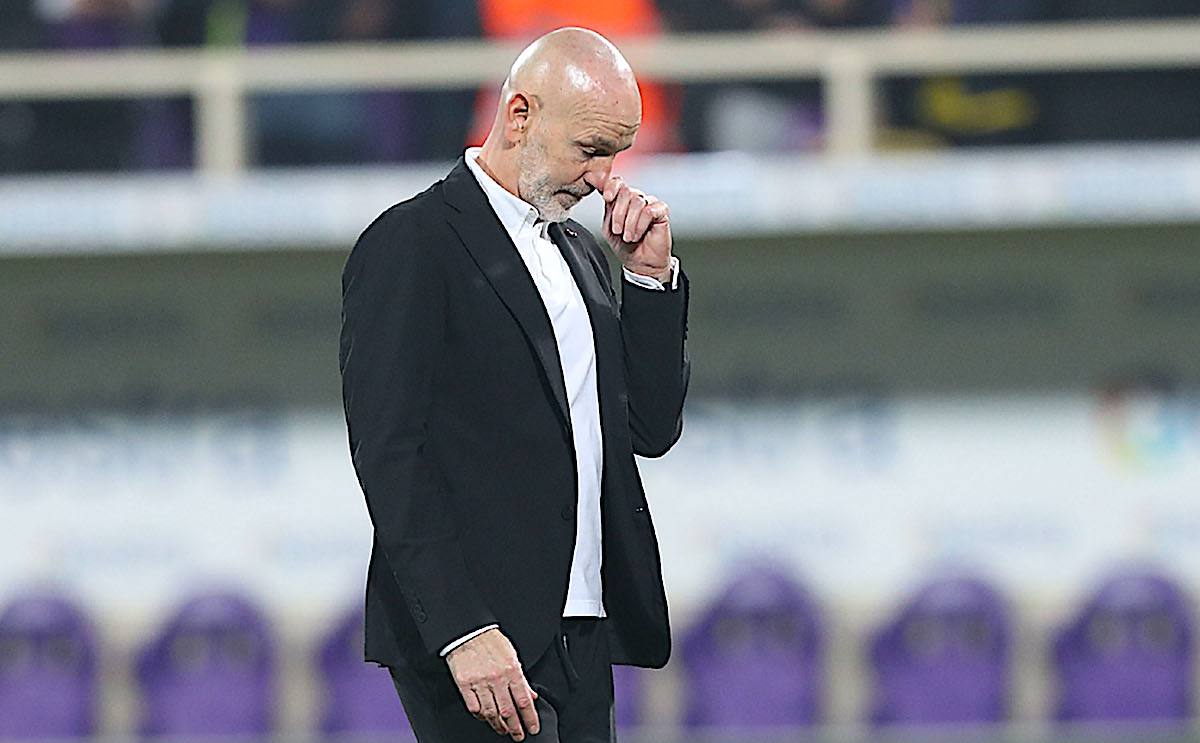 AC Milan boss Stefano Pioli is sad to have seen his side’s unbeaten Serie A start end, but believes it will do them good for the season ahead.

The Rossoneri were condemned to their first league defeat of the season as they dug themselves a hole that they were this time unable to claw themselves back out of. Fiorentina led 2-0 at the break through goals from Alfred Duncan and Riccardo Saponara, while Dusan Vlahovic scored to make it 3-0 and effectively end the contest.

Nonetheless, a quickfire brace from Zlatan Ibrahimovic got Milan right back into it, yet some more inattentiveness at the back and a mistake from Theo Hernandez saw Vlahovic double his tally for the night, sealing the win and rendering a 96th-minute own-goal a mere consolation..

Pioli spoke to Sky Italia after the game and reflected on what was a disappointing defensive display from his side, with his comments transcribed by MilanNews.

“In the first half we played well, we shouldn’t have been two goals down. We didn’t score, they scored two goals. We didn’t hurt in the second half too, but it was more of a character performance because we didn’t want to lose a first match in the league,” he said.

“These are the incidents that led to this defeat. We had to do better on the goals conceded and in the first half we had to score at least one goal. We weren’t lucid and careful to bring home at least a positive result.

“In the first half we created a lot, we often missed the last pass. We shot twice as much, it means that the performance was there, we needed more attention. We will need this defeat, we are sorry, we wanted to resume the championship after the break with a success.”

On the substitutions: “I did not remove Gabbia because Kalulu on the centre-left would have struggled and then we will have prepared the game in a certain way. I put Florenzi because he has a cleaner cross to serve the forwards.”

On Atletico Madrid: “I never speak after the matches, whereas today I did. The boys know the messages of this defeat. From tomorrow we will think about the Champions League, I don’t know how much chance we have to qualify, but we want to win a great match.”

On his renewal: “When the time comes it will be done. It has never been a problem for me, I am in no hurry. I am disappointed for tonight, but this defeat will do us good. We have the possibilities to do better. Even in a defeat I have seen a team that has character, personality and strong players. We will fight until the end for the first places.”