Pioli on Calhanoglu’s condition, his future and extra motivation vs. Juve – full transcript

On the eve of the clash between AC Milan and Juventus, Stefano Pioli hosted the usual press conference at Milanello to answer the questions of the media. Of course, he is keen on grabbing another win.

The Rossoneri managed to clinch all three points away at Lazio on Saturday evening, thanks to goals from Hakan Calhanoglu, Zlatan Ibrahimovic and Ante Rebic. It was the Biancocelesti’s first loss at the stadium this season.

Therefore, Pioli’s men will certainly head into tomorrow’s game with a lot of confidence, also because they performed well against Juventus in the Coppa Italia. They played with ten men for a majority of the game but still managed a clean sheet.

During the press conference, as cited by MilanNews.it, Pioli was asked about several topics including the condition of Calhanoglu, Ibrahimovic’s strength and the recent performances of Franck Kessie. Take a look at the full transcript below.

On extra motivation of facing the league leaders: “I think so, close commitments take away energy, but the stimuli will lead us to overcome these difficulties.”

On Calhanoglu: “Today we will see, the training of today and tomorrow will be decisive. The calf suffered some trauma. I hope he will be available.”

If this is the Milan that Pioli had in mind: “Yes, I would say yes. In the past, we had not succeeded with the continuity and precision that we are having in these games.”

On what aspect he is most surprised about: “I would not say I’m surprised. We are managing to put everything we prepare during the week in place. I know I have a quality team, excellent players and many professionals.”

On Ibrahimovic: “I hope he will return to his level of minutes and performances. He is the strongest player from a mental point of view, of the presence on the pitch among those I have trained.” 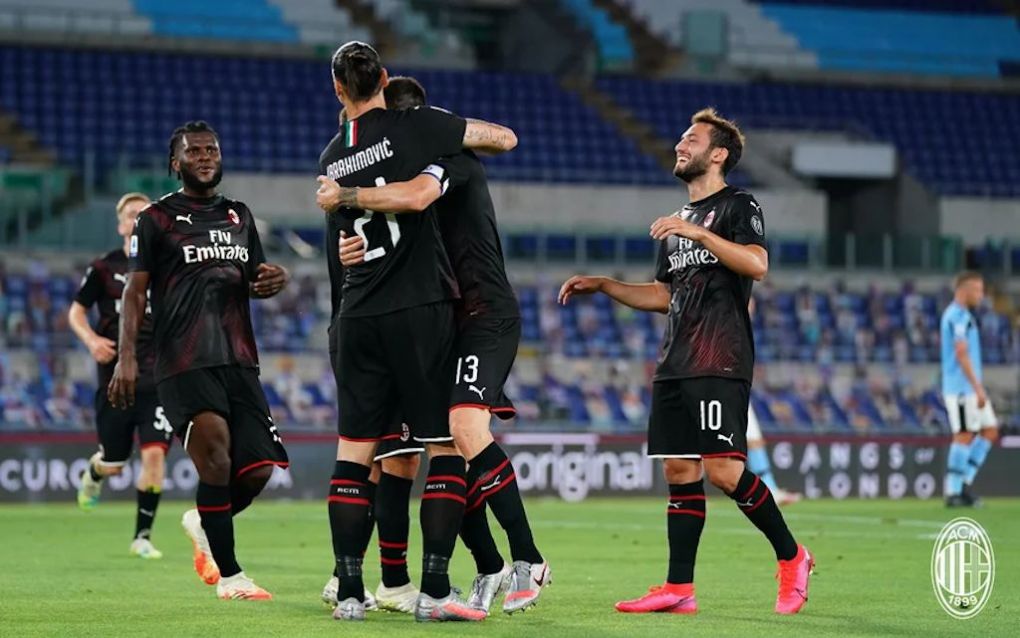 On Kessie: “He is a very important player, I think he has the qualities to perform at the level he did against Lazio consistently. He is definitely giving us a great contribution and is growing physically, he does not seem to struggle.”

If Theo can be a key against Juventus: “It is evident that Theo is a player more inclined to the attacking phase. The fact that he is working with continuity and attention in the defensive phase, means that he has understood that he can become one of the strongest full-backs in the world if he works on the defensive phase.”

On Bennacer: “He is a player with important characteristics for the team. I think he has benefited a lot from having a teammate close to him. I see him a little more lucid and concrete when he plays with another player. His growth is constant and will only improve given his perseverance and his commitment.”

On Saelemaekers: “It is normal that he needed a period of adaptation, considering the age and the fact that it comes from another league completely different from ours, he must continue like this.”

On Rebic: “Whether he can play from the beginning or come off the bench again, we will see him tomorrow. We have improved the standings, but we are not happy yet. We all aim to give our best, Ante’s attitude must be an example for the whole team.”

If he can stay beyond this season: “At the end of the season, I just want the satisfaction of having done my best with my players in such an important club. Then we will see what the decisions on the future will be.”

READ MORE: Milan yet to make decision on Kjaer’s €3.5m clause – the factors being evaluated