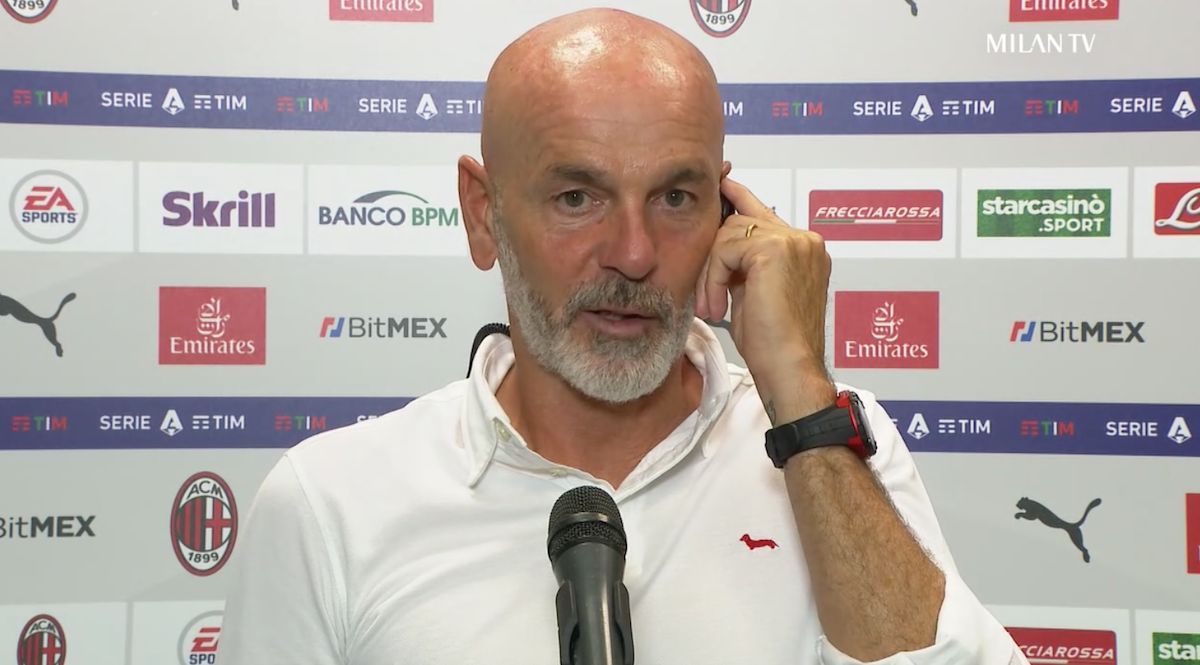 AC Milan head coach Stefano Pioli has picked out the best things from the 4-1 win over Cagliari and also touched on where the team can improve.

A ruthless first half performance from the Rossoneri saw them run out comfortable winners tonight at San Siro, with an Olivier Giroud brace capturing the headlines after a free-kick from Sandro Tonali and a Rafael Leao goal set the tone.

Pioli was interviewed by Milan TV at the end of the game, with his comments transcribed by MilanNews as he began by reflecting on the best moments.

“Everything, the pre-match, our fans above all, the emotions and the energy we got from them. We played with intensity and rhythm, we finally took advantage of the opportunities. All important things. Then we are only at the beginning, but we wanted to show that we have worked well in the summer. Now, however, there is still a lot to do, the next matches will be beautiful but difficult,” he said.

“We are one of the few teams that have not changed technical condition, the team has its own identity and it shows. Then we can change positions and the more we do it the more we can create difficulties for the opponents. We continue in this spirit, we use the break to recover Kessie and Ibra because then important commitments will arrive.”

On the relationship with the fans: “It was beautiful, exciting. The players hear me less (laughs), but the boys feel this affection. We try to reciprocate by giving our best and playing this football that we hope will give them satisfaction.

“We must necessarily have many starters this year. We only think about the second half. We also play physically expensive football. I will have to be good at rotating players, they will be difficult choices because I train strong players. If you could see how my players train…”

How can this Milan improve? “By maintaining this level when we face direct opponents. To play the Champions League we will really have to raise the level because the opponents grow and the opponents change. We are already at a good level but there are a lot of improvements that we need to have to be a top-level team to compete with the European battleships we will meet.”