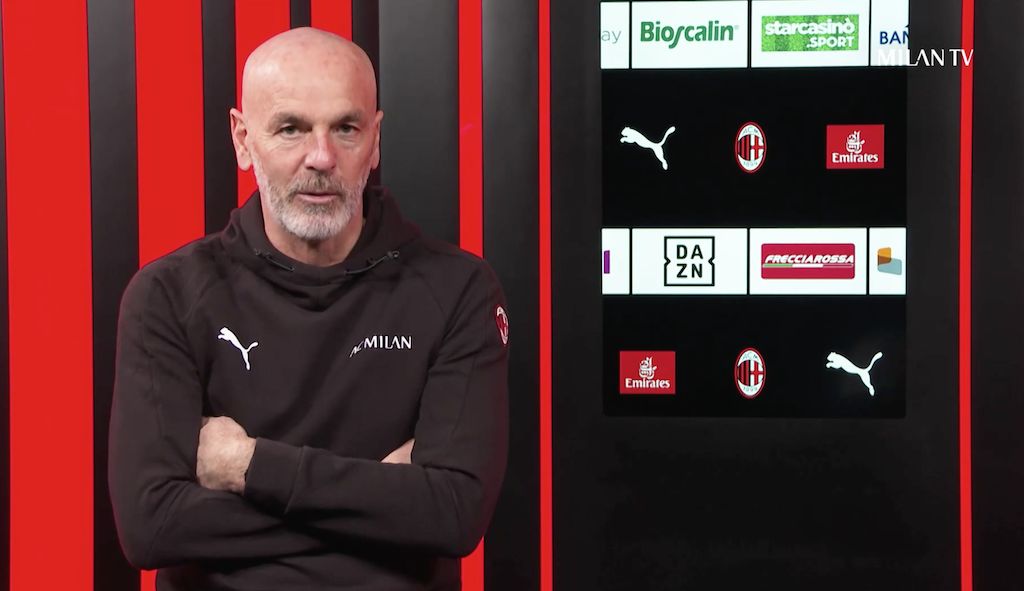 The Rossoneri will be looking to reach the quarter-finals of the Coppa Italia when they face Torino for the second time in four days under the lights at San Siro.

Reports have suggested that some rotation is expected from the Milan boss, and he spoke to Milan TV on the eve of the game with his comments transcribed by MilanNews and translated below.

“We had communicated to the team that it would be a very demanding season, we hoped. Trying to pass the Europa League preliminaries, trying to move forward, so a demanding season but at the same time very stimulating and very motivating,” he said.

“We have done things but there is still a lot to do, we have to think about tomorrow night’s game. I believe that with this team so young and so eager the more we play the better. It scares us to play every three days, indeed, that’s what we want.

“We grow more through games, through our mistakes, through the positive things in competitions than in training. We hope to continue to do well on all fronts and we hope to do well tomorrow night.

The Italian Cup is an important competition, in the first 8 of the last championship it allows you to enter the second round and therefore to get to the end there are 5 games, we have to try and we will try.

“Of course I can’t ignore that tomorrow will the fourth game in nine days, surely the right choices will have to be made by fielding the players who are better, who have recovered better and are fresher.

“But we will be a competitive team, we will face an opponent who even in the last championship game has us created difficulties, and therefore we will have to try to be very careful and very determined.”

On the strengths of the team: “Among the many positive numbers we have, because it is undeniable, we have many, the most beautiful thing creates a lot and has been scoring a lot for many games.

“It means having a proactive mentality, it means making the match, means being on the pitch with great conviction and having the qualities to be able to win them. These are data that must give us even more confidence, even more conviction that the path we have taken is the right one.”

On the desire to win: “We may also run into bad days from a technical point of view but our spirit, our mentality, our desire to play the game, our desire to try and win must never fail.”

On the match against Cagliari: “It’s important to stay on top of your head, the next league match is an important match, a very difficult match, a team that is a good team but that comes from negative results and therefore very determined.

“There will be five days to be tackled very carefully, but now let’s focus on tomorrow night’s match, then I think we’ll be able to manage the next period well.”

Pioli was also interviewed by Rai Sport before the game, with his comments transcribed by MilanNews.

“For mentality and desire to do we must try to win every single match, we are young and the club is prestigious, our goal is to go through. We will meet a determined opponent,” he said.

On the injured players: “Today everyone is better but they haven’t worked with the team, tomorrow’s session will be decisive.”

On Ibrahimovic: “For him it will be an important game, the main thing is to have overcome the muscular problem. He has to find more rhythm and minutes, tomorrow he will find it.”