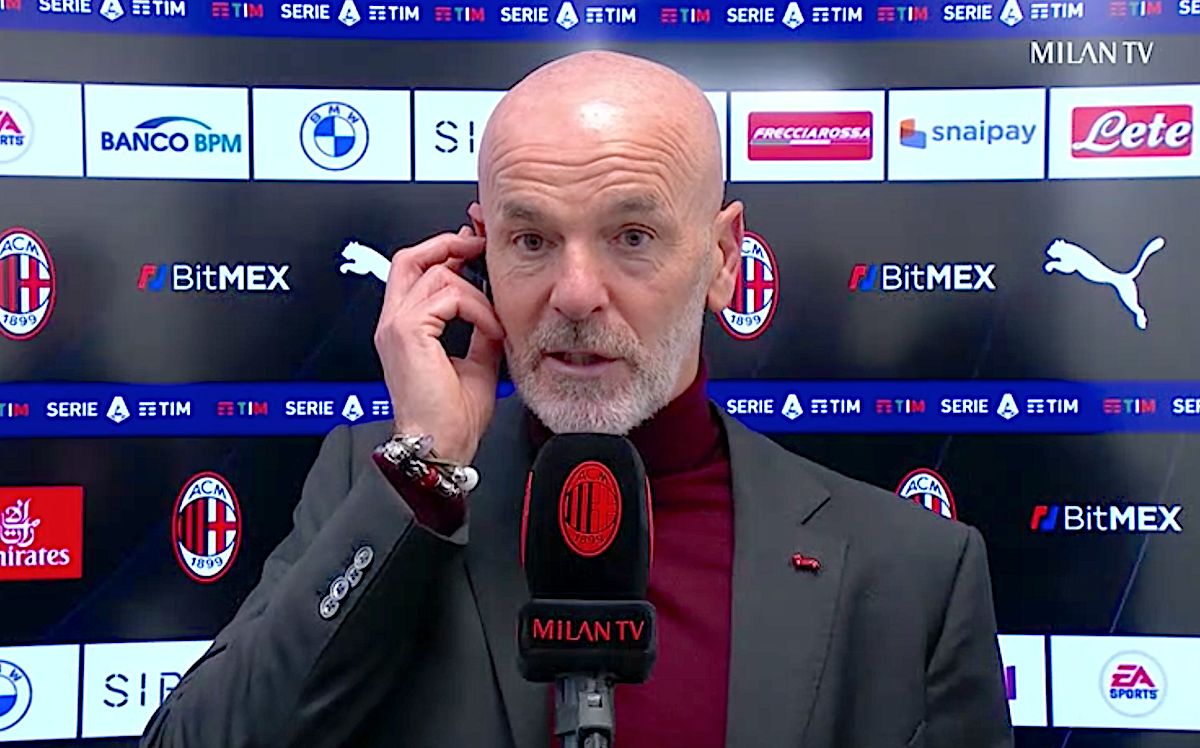 Stefano Pioli was happy with AC Milan’s performance in their defeat to Napoli and believes that they did not deserve to lose the game.

Pioli spoke to Milan TV after the game to reflect on the loss, and he was not as negative about his team’s performance as others have been.

“We lacked precision and attention at the beginning because we conceded a stupid goal, the positions were there but we let ourselves be surprised. There was a lack of quality in the final third. The team’s performance as far as I’m concerned is positive in terms of generosity, quality and attitude. We didn’t deserve to lose,” he said (via MilanNews).

Milan thought they were level when Kessie thumped a ball into the net for what Milan believed was a last gasp equaliser following a chaotic ricochet inside the box. There were scenes of delirium including Pioli running down the touchline, but the goal was chalked off for offside against Giroud, much to the bemusement of everyone.

“It’s not good what happened, I see that my colleagues continue to protest. A player on the ground, with his legs open, I think he cannot interfere with a defender who wants to intervene. I have to think about improving the team, tonight I saw many positive signs. Let’s focus on Wednesday,” Pioli said.

On the lack of clarity in the final 30 metres: “We also tried to shoot from outside the box but Napoli were very good at closing down and have very solid midfielders. We are missing something in the last quarter of the field. On dead balls we have to become more incisive because matches are won even with small episodes. I see positive signs.”

On the pitch at San Siro: “The goal conditioned the game but the match was then made. The ground at San Siro is not the best in the world at the moment but we have the technical qualities to make up for this defect. Zero excuses, I’m sure the team can and must improve.”