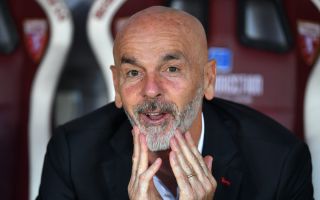 Stefano Pioli’s AC Milan will take on Porto in the third round of the Champions League group stage this evening. After losing the first two games, the Ross0oneri need the three points tonight to give themselves a chance.

Milan came back from a two-goal deficit at the weekend as they managed to beat Hellas Verona, boosting their confidence. Tonight’s clash is very important as they need to win to realistically have a chance at advancing to the knockout phase.

Ahead of the game, Pioli spoke to Mediaset about what the feeling is in the team and also shared an update on Zlatan Ibrahimovic’s condition. He was asked about his birthday tomorrow and how he will celebrate it, which he postponed until after the clash.

How have you lived the last few hours?

“I lived them like the last hours before an important match, we prepared well. We are ready,” he began, as cited by MilanNews.

What did you tell the team yesterday?

“We are compact, we are united. Tonight’s race is very important for the standings, we collected too little in the first two games and we will try to be better tonight. The group is strong, our rivals are too. We will need a very careful performance and with great quality.”

Can Ibra play more than 15 minutes?

At midnight it’s your birthday. How will you celebrate it?

“Let’s talk about it later…”

Hopefully, the Rossoneri will do just as well as they did in the game against Atletico Madrid, but without a red card this time out.